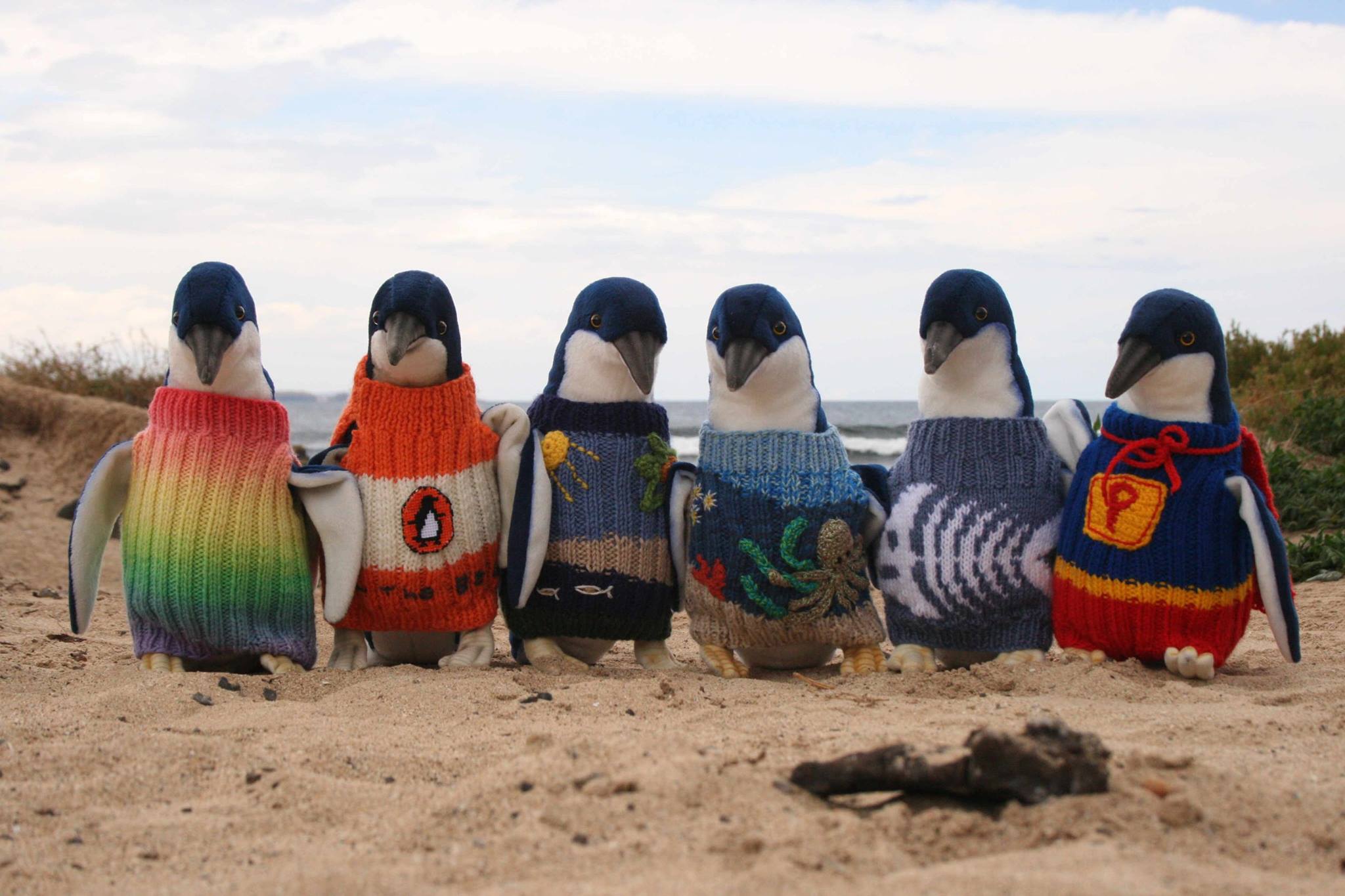 Educational and adorable penguin toys | Photo from The Penguin Foundation

Why did the penguin wear a jumper?

Because some stupid humans spilt oil in the ocean.

When a penguin is affected by an oil spill, its feathers get matted together, making the poor little guy’s skin exposed to cold air and water without a chance to thermoregulate properly; it also interferes with their ability to catch food. Furthermore, penguins try to preen themselves clean using their beaks, which leads to ingestion of the toxic stuff and further problems — even if they survive the ordeal.

The Penguin Foundation at Phillip Island Nature Parks have been saving and rehabilitating little penguins (Eudyptula minor) for over 30 years now. One of the techniques they’ve developed is using tiny woollen jumpers on the oil-affected penguins when they are found on the beach, before the penguins reach a facility where they can be washed, dried off and kept in a warm tent to recuperate.

Wearing a cosy jumper like that has several benefits — the penguins are less exposed to cold air, the wool helps absorb some of the oil products from the feathers and, most importantly, it prevents the little penguins from eating the oil off themselves, thus preventing toxic exposure.

And, of course, they look absolutely adorable, which is not a benefit in itself, but photos of jumpered penguins do grab attention and help raise awareness for charity purposes. Everybody wins, right? Particularly the penguins.

Well, some bird rescuers think penguin jumpers are actually a bad idea, and they state their reasons eloquently.

According to International Bird Rescue, “It’s common to see skin burns and irritation on birds that have heavy oil on their feathers. The last thing we want to do is to put something over their feathers that causes the oil to be pressed against their skin, or impairs the evaporation of the aromatics put off by the oil. Penguins and other birds can also overheat very quickly, and the sweaters increase this risk.”

However, the Penguin Foundation maintain that this method works for them, even though they admit it might not work universally. As they explained to The Guardian when asked about the risks, penguins get their jumpers while they’re in transit from the area where they have been rescued to the place where they’re cleaned. This is the time when they are vulnerable to cold, and when they tend to preen on the oily feathers. Besides, cleaning takes a while, so other penguins are sitting around and waiting. Since they are then kept in a temperature controlled environment, the chances of overheating or freezing to death are reduced as well.

The jumper technique has been used since 1998, and currently the Penguin Foundation are releasing around 96% of the rescued penguins back into the wild, happy and healthy. To me, this is enough to believe that the jumper method does indeed work.