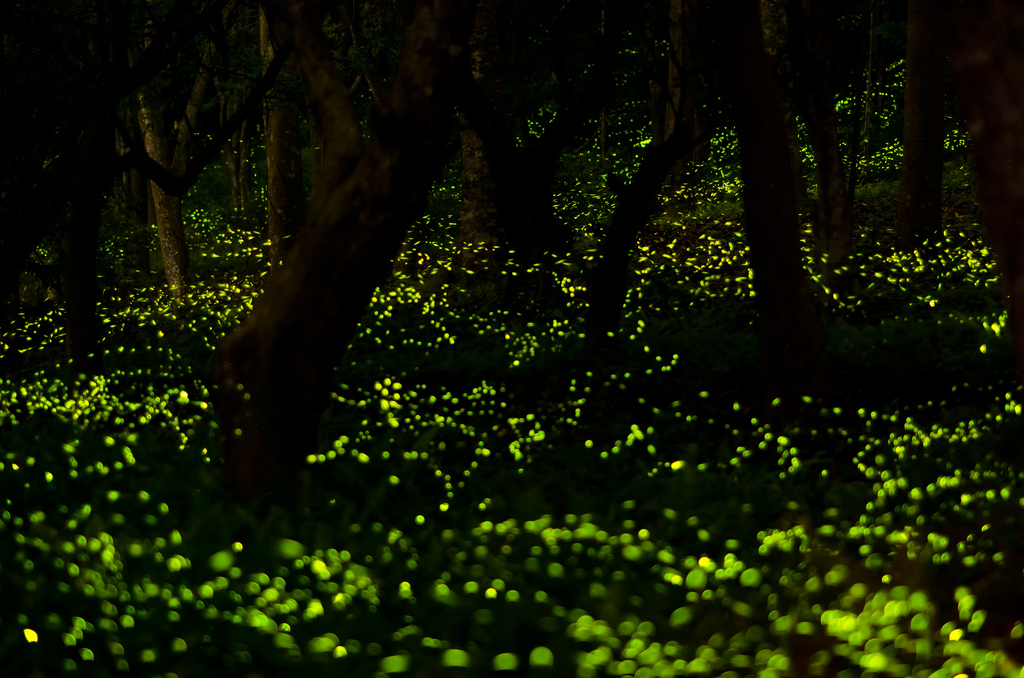 In the late 18th century when the Industrial Revolution was ushered in, amongst other things, by deep shaft coal mining, the people working in the mines had it tough. The places were deep underground, damp, and dangerous. And they were also pitch dark, as an underground cavern would.

You’d think that perhaps bringing a candle down there could be a somewhat adequate solution; however, a naked flame is really not something you want to take into a place where flammable gas regularly builds up to dangerous levels. Explosions in mines were far too common those days.

Thus one of the lighting solutions for miners was taking buckets of rotten fish with them down into the mine. This actually isn’t as crazy as it sounds when you learn that some fish emit a faintly green luminescence when they decompose. This glow was used as a kind of natural ‘lamp’ in mines across Britain and continental Europe. However, now in addition to the depth, dampness, and danger came the revolting smell. Hence the fish solution was short-lived, and safe mining lamps were eventually invented.

But why do rotting fish glow in the dark? The key to this is the phenomenon of bioluminescence, or the emission of light by living organisms. While the fish in this story are most definitely dead, they would actually be teeming with certain types of bacteria that emit this greenish glow.

These bacteria carry certain substances in their cells that participate in a chemical reaction with oxygen and other stuff found in the cell, emitting light in the process. The two substances are referred to as luciferin — a substance that produces light, and luciferase — an enzyme that catalyzes the chemical reaction of luciferin with the oxygen. Different bioluminescent creatures carry different luciferins, and not all of them are well known, but the chemical principle of the reaction remains the same.

I do wonder if the miners ever tried taking jars of fireflies down to the mine. That would have been a far less noxious brand of bioluminescence.