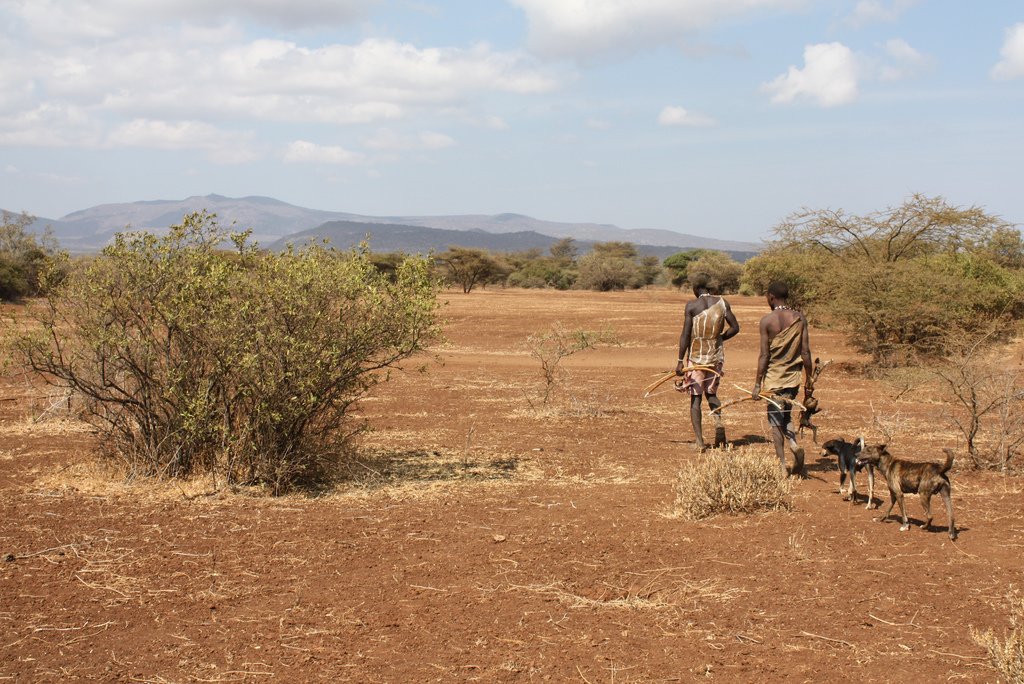 Today this excellent Scientific American feature on the questionable premise of the paleo diet alerted me to something I don’t often contemplate or even remember — there are still hunter-gatherer tribes in the world today.

Furthermore, there are even peoples who are ‘uncontacted,’ thus not only are they living the kind of nomadic, foraging lifestyle our ancestors practised before the advent of agriculture some 10 000 years ago, but they generally don’t even concern themselves with their fully dressed, internet-browsing and bread-baking contemporaries. ‘Uncontacted’ or ‘isolated’ doesn’t always mean that they haven’t had a run-in with modern people at some point, however it does mean there is no significant contact or cultural influence from others.

All across the world, in regions that are yet to be penetrated by modern society, tiny pockets of peoples exist who continue to hunt, fish, and forage for their food. Better known, more populous — in the tens of thousands — and more in contact with modern humans are such peoples as the Inuits of Alaska or the Saan of Southern Africa, however tribes also exist that could be entirely seated in a large stadium.

Thus you have the Batek people, confined to the Taman Negara National Park in peninsular Malaysia; the Tjimba people of Namibia, who continue to use stone tools; the Bambuti, one of the oldest indigenous people of the Congo region; there are also Nukak, who live in the depths of a tropical forest in the Guiaviare of the republic of Colombia, as well as the Spinifex People, indigenous to the Great Victoria Desert here in Australia.

All in all, I found it difficult to estimate how many such tribes exist in the world, but it is clear that there are more than a handful. In fact, I was surprised to learn that the island of New Guinea alone is home to at least 44 uncontacted or isolated tribes, while the Amazon in Brazil boasts over 70.

However, the people who take the cake of isolation are probably the Sentinelese who live on the North Sentinel island in the archipelago of Andaman Islands of India. This tribe is thought to have lived there for over 60 000 years, and they vigorously protect their habitat from intruders. Nothing is known of their language, and distant observation shows no evidence of agriculture. Furthermore, any trespassers are likely to be met with a hail of arrows. Hence the island has been designated a roughly five-kilometre exclusion zone.

A lot of issues surround the topic of contact with indigenous tribes, and I won’t go into much detail here. For modern humans the easiest perception of contemporary hunter-gatherers is to think of them as something ‘primitive,’ yet I believe the story is really about cultural diversity and how living in an industrialised, technologically advanced society is not the only way, even if it is the most ubiquitous. For now, anyway. After all, advanced cultures do have a tendency to spread.

2 thoughts on “Hidden from civilisation | Day 37”