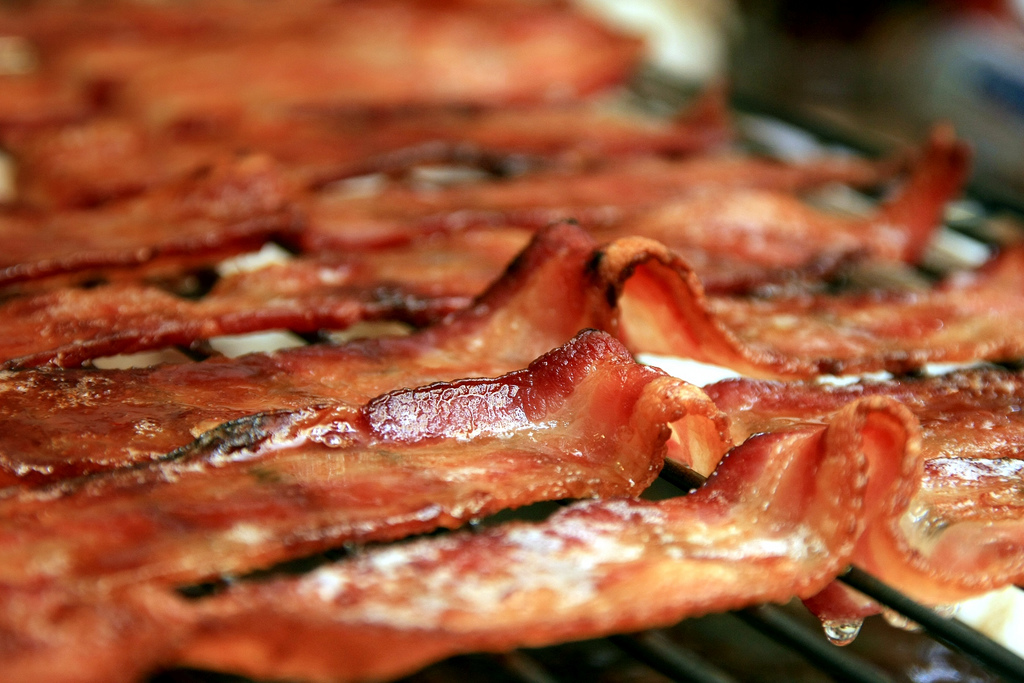 — Here’s some first aid 101. What do you do in case of a nosebleed?
— Pinch your nose, slightly lean forward and wait?
— Nope. Just stick a wad up bacon up your nostrils.
— Wait, what?

According to a team of medics from the Detroit Medical Centre in Michigan, “cured salted pork crafted as a nasal tampon and packed within the nasal vaults” successfully stopped a particularly bad case of nosebleed in a four-year-old with an extremely rare blood-clotting disorder called Glanzmann’s thrombastenia.

The case study was published in the Annals of Otology, Rhinology and Laryngology in 2011. And just last Thursday it won them an Ig Nobel in Medicine, a prize for research that first makes you laugh, and then think.

Now that we’re done with the laughing part, let’s get to the thinking part. The doctors used pork because everything else had failed to stop the little girl’s nosebleed. And they chose it as a last resort not on a whim, but because it’s known as an old-fashioned folk remedy for nosebleeds.

Dr Sonal Saraiya, who accepted the Ig Nobel at the ceremony, told Associated Press that the approach was most likely effective because cured pork has some clotting factors — chemicals that can trigger clot formation in blood. Besides, cured pork would also contain ridiculous amounts of salt that can draw a lot of liquid out of the nose.

However, as the authors wrote in the 2011 paper, the folk remedy fell out of use because “packing with salt pork was fraught with bacterial and parasitic complications.”

So a wad of bacon — which is not the same thing as cured pork, by the way — is probably not such a smart choice after all. You’d be better off sticking with cotton wads, tissues and similar flavourless stuff.

Unless absolutely everything else fails, then, by all means, go for the pork.