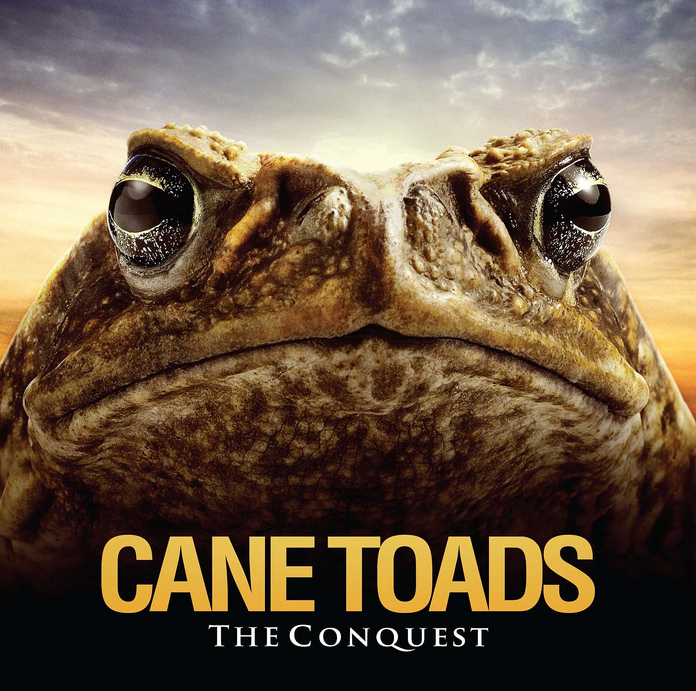 This would make a riveting science thriller | By Hutson Hayward - CC BY-NC-SA 2.0

In the 1930s sugar cane farmers in northern Queensland were worried about their crops being decimated by an Australian native bug, the greyback cane beetle. Following some unsuccessful pest control attempts, the Bureau decided to introduce cane toads, a species native to tropical South America, where these amphibians were used to help control pests in sugar plantations.

Thus, in 1935 the head of the Bureau brought around 100 young cane toads from Hawaii, and released them around Cairns in northern Queensland. He probably regretted it for the rest of his life.

Not only did they not fix the sugar cane pest situation, today cane toads have become one of the most successful invasive species in the world. There is an estimated population of 200 million of them in Australia, wreaking havoc in habitat biodiversity, contributing to the decline of native lizard and snake species, and poisoning everything that tries to eat them. Oh yes, they’re poisonous throughout their life cycle.

This devastating victory march of cane toads in Australia has inevitably become the subject of study for biologists trying to figure out what has made the species so incredibly successful. Now a team of scientists at the University of Sydney have discovered that cane toads have evolved a specific trait that has allowed them to speed the rate of invasion from 10-15 kilometres to 60 kilometres per year.

Based on the spread of the invasion front, the scientists hypothesised that travelling in straight lines would speed up the toad invasion. And some toads do indeed move about in more straight lines than others, a trait called ‘path straightness’. By radio-tracking a bunch of toads in one location for ten years, the researchers determined that the path straightness trait declined once the forefront of the invasion had swept past the place, and toads had become more established.

After collecting toads across a 1,600 km range, breeding them and measuring the path straightness of their offspring as well, the researchers determined that the trait was indeed hereditary. The scientists thus concluded that “the dramatic acceleration of the cane toad invasion[..] has been driven, in part, by the evolution of a behavioural tendency towards dispersing in a straight line.”

In other words, they just keep marching on.

One thought on “The toad invasion march | Day 71”