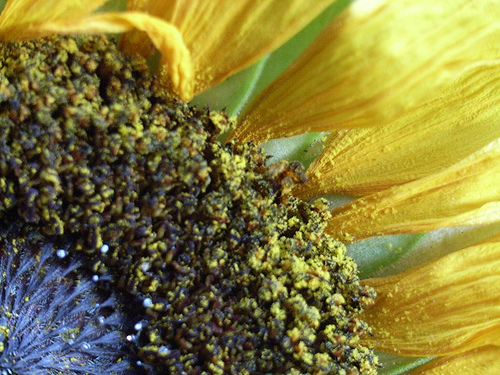 In Australia, almost 20 per cent of the population have at least one allergy. I’m allergic to a bunch of things – cats, dogs, dust, and pollen of many kinds. These are pretty typical reactions, though, and easy to manage.

However, sometimes you get a strange allergy, or one that is trickier to cope with. I knew a girl once who was allergic to raw potatoes. Nut allergies are typically severe and difficult to deal with. But I also know someone who is allergic to sunlight.

In my pollen drama on day 35 I explained that an allergic reaction occurs when mast cells release histamines in the body, causing an immune system overdrive. The symptoms people experience come from this histamine release – so it’s really your own body doing this to you.

Now, imagine if your mast cells became so sensitive, that they would constantly degrade at the slightest trigger, pumping out massive amounts of histamines and other related chemicals as they do so. You would get severe reactions, such as anaphylaxis, all the time.

As with anything in biology, if it can go wrong, it will at some point. Mastocytosis happens when a person has too many mast cells in the body, and they proliferate in many places – sometimes in organs that don’t normally have them, like the liver.

This pathology is so rare that researchers are still trying to figure out the best way to diagnose and classify it. Hence there are a few diseases which are related, but don’t fall into the mastocytosis category. One of these is mast cell activation syndrome, in which the number of mast cells in the body is normal, but they react in weird ways. Even though technically it is not a type of allergy, the symptoms are just like it, and it can be brought on by any number of things – from a piece of candy to second-hand tobacco smoke.

Hence, in a way it is an allergy – to everything.

Crystal Goodwin developed this syndrome at the age of 26. Recently Narratively featured a short video documentary portraying what life is like for her. The woman who’s allergic to the world.