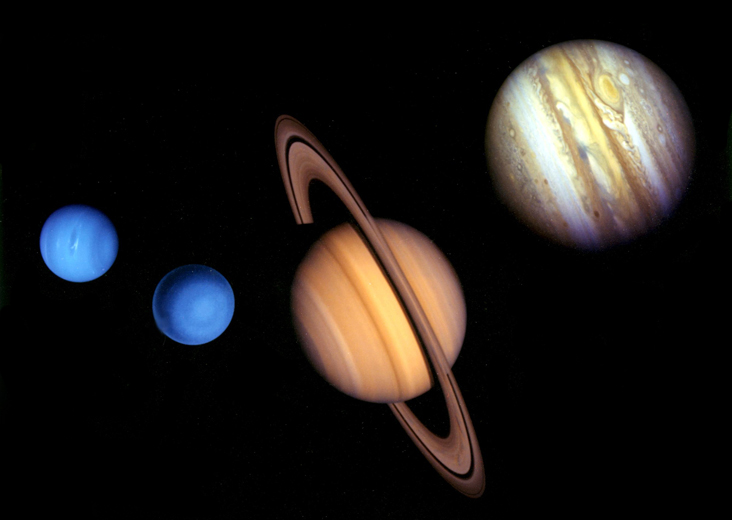 I want you to close your eyes and picture the Solar System. What springs to mind? Something like this?

Or, when you think of the rotation of the planets, perhaps you’re picturing an intricate steampunk model?

Perhaps retro racing cars spring to mind? Or even a cake?

Whatever you imagine, it’s probably some variation of “giant sun in the middle, eight balls rotating around it, give or take Pluto.”

But nobody’s actually been out there to have a look at all this. The knowledge we have about our solar system comes from measurements, telescope observations, fly-by space probe photographs, and lots and lots of deductions. It’s not like anyone has been out there beyond Neptune in person.

Of course, that doesn’t mean anything goes in terms of our knowledge in the field. Still, even though we can be certain about the planets we have observed, as well as their satellites and various other objects caught in Sun’s rotation disk (comets, asteroids and so forth), there is plenty of stuff out there that we only know about from inference. And that means there may still be new planets up for discovery. In our own neighbourhood.

The New Scientist mentioned this back in June last year – a team of astronomers in Spain had published a paper1 suggesting the existence of two large planets lurking far beyond Pluto. In November their results were supported by another paper2 in Monthly Notices of the Royal Astronomical Society Letters. Certain orbital anomalies of “extreme trans-Neptunian objects” suggested that there may be planets of considerable size influencing their rotation.

“The potential undiscovered worlds would be more massive than Earth, researchers said, and would lie about 200 AU or more from the sun — so far away that they’d be very difficult, if not impossible, to spot with current instruments.” – Space.com

It is important to stress that such a discovery is yet to be independently confirmed, and alternative explanations that don’t include planets are plausible, too.

Even so, that image you have of the Solar System may still significantly change. The demotion of Pluto suddenly seems fairly minor.