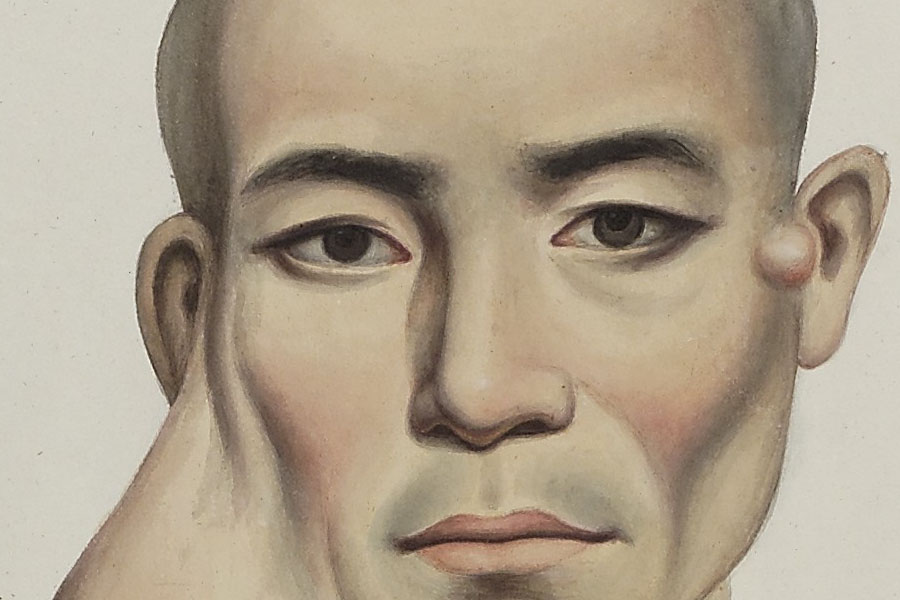 Dr Peter Parker was a physician and a Protestant missionary who introduced Western medicine to China during the Qing Dynasty era. He moved to Canton in 1834, and a year later opened a hospital there. Before long, his medical establishment was teeming with patients suffering from all kinds of maladies.

During this time Dr Parker met a talented Chinese artist named Lam Qua, who specialised in drawing portraits in the “Western style.” Parker commissioned the artist to paint a series of images with tumour patients before they went into surgery. These haunting and fascinating paintings are now displayed in several collections, and are also freely available through the Wellcome Images Library.

Parker used sulphuric ether anesthesia and even trained up some local doctors to high proficiency. Still, I wonder if these patients survived their surgeries.