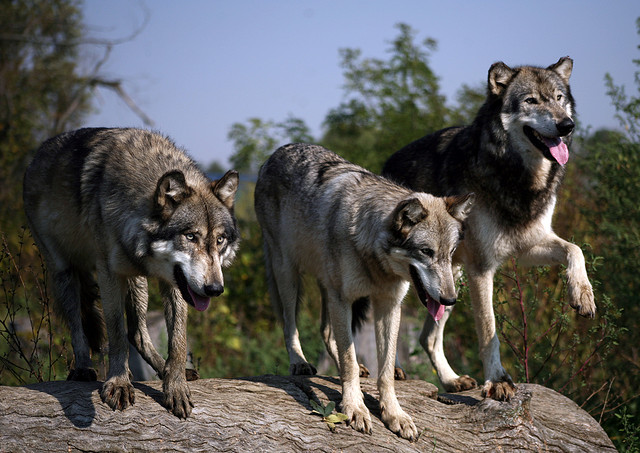 In a gravely under-appreciated post last year, I wrote about the principles involved in the successful domestication of a species, using sheep and bugs as an example.

Of course, when we think of domestication, usually the first species that comes to mind is the dog. Our ancestors were still hunter-gatherers when they met the wild canine and found it to be a trustworthy companion both in hunting and domestic life.

The ancestry relationship between wolves (Canis lupus) and dogs (Canis lupus familiaris) is highly complicated. Over thousands of years of their evolutionary history wolves and dogs have roamed the same parts of the world, and research has shown an exchange of genes taking place, as well as  hybridisation in the wild. They can interbreed, so there is no clear line dividing the two species.

However this relationship began, as the animals started accompanying nomad humans in their wanders, they became isolated from the wild population, and became more and more like the dogs we know today. This process of reproductive isolation led to a stable development and persistence of the character traits that make dogs so amicable to humans.

You see, the first dogs were actually a now-extinct relative of the gray wolf, the species we recognise today as the modern wolves. Dogs did not descend directly from them; dogs are not wolves. While the two are genetically close, the species have gone down distinct evolutionary routes from their common ancestor some 15 thousand years ago.

Which means that we need to revise the centuries-old picture we have of the ancestry of dogs. Thanks, science.