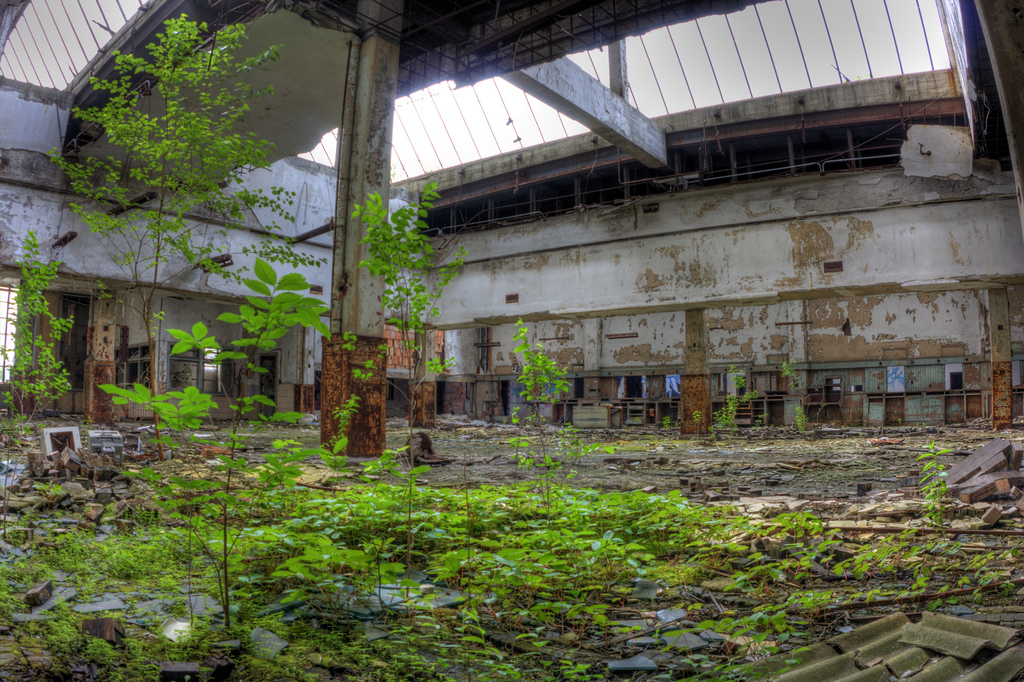 Once the small landing vessel had passed the atmosphere of the planet, the rest of the landing was easy. Before long the team found themselves in lush greenery on the bank of a river. Slabs of cracked stones littered the ground, and all around them was a peculiar landscape of various trees and shrubbery that seemed to have devoured dozens of large remains that had once been buildings.

“This doesn’t seem right,” said the captain. “According to the records, this should be the heart of one of the largest cities, not some long-abandoned dump.”

The chorus of bird voices in the canopy continued undisturbed as the travellers advanced into the landscape. A little in the distance they could see a tall structure that was covered in greenery; the shape strongly suggested the structure was man-made – a pointed tower on four pillars connected with grand arches on several levels.

They pushed through the shrubbery and made it up to the base of one of the pillars. Underneath the thick cover of climbing vines they found the tower was indeed a giant lattice of rusted steel, in places so eroded the crusty metal had grown brittle.

“So we are in the right place. And we appear to be alone.”

What would happen to the Earth if all humans suddenly disappeared? The latest AsapSCIENCE video tells it all.

It definitely sparked my imagination.