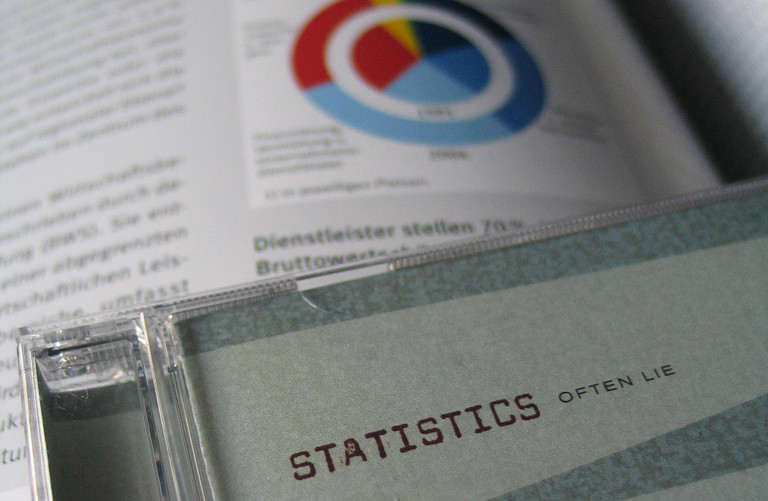 If you visit Australia’s leading anti-vaccination page on Facebook, you will be greeted with various copyrighted graphs in their photo albums – such as this one.  There are so many problems with this curious artwork that people have devoted entire articles to this already, so I don’t have to. Long story short – the data used in these is shoddy.

Still, to the untrained eye these graphs may seem to be conveying valuable information, and herein lies the problem exploited not only by anti-vaccination zealots. A well-designed graph conveys a wealth of useful information that would otherwise be scattered in scientific text and difficult to take in at a glance. But manipulate that design – with or without intent – and all of a sudden you are effectively lying under the guise of statistics.

We already know that trivial graphs make the presented information seem more authoritative, but even valid ones that are based on robust data can mislead the viewer by a sleight of hand, change of perspective, resolution, or introduction of irrelevant data.

Perhaps the most widely known example of a spurious graph is one where you take two trends and plot them over time – if the lines in the chart look similar, there instantly seems to be an apparent causal relationship there. This is known as a ‘spurious relationship’, although some also call it the ‘spurious correlation fallacy’.

A Harvard Law student even built a website that publishes statistical correlations mined from datasets by a purpose-written algorithm. Here you will find graphs that show the ‘per capita consumption of cheese in the US’ correlated with the ‘number of people who died by becoming tangled in their bedsheets’.

These spurious graphs elegantly remind you to look for a hidden variable, and that correlation does not imply causation.

But there are other things you can do to present statistical information in a misleading manner. For further reading I kindly direct you to “Five ways to lie with charts” from the latest issue of Nautilus magazine, and “Misleading Graphs: Real Life Examples.” Have fun.