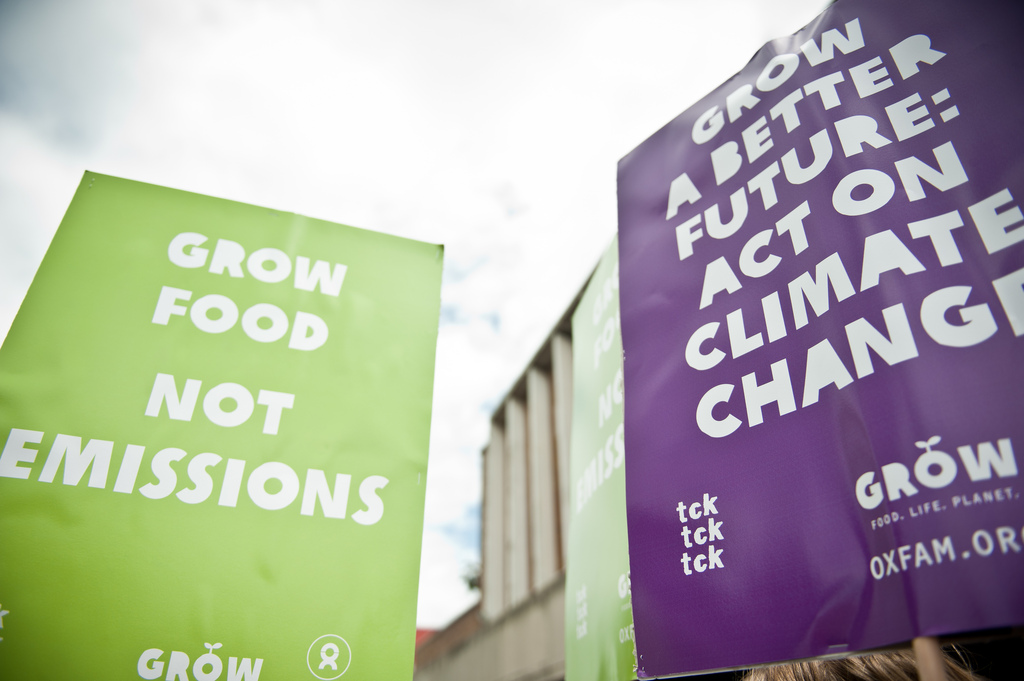 Lately, when winters in the northern hemisphere get extremely snowy, climate change deniers take that as cue to come out of the woodwork with statements that conflate weather and climate. You guys, aww. Read this by a real scientist.

For the rest of us, whatever attitudes some people may hold, and however their misguided but fiercely upheld beliefs may have emerged, climate change remains real. It remains likely to be the most crucial challenge the current generations of humanity are to face. Unless we get contacted by some mean-spirited aliens, of course.

A potentially valuable resource in this discussion is the latest publication by the Australian Academy of Science, unveiled today. The science of climate change: Questions and answers is a compilation of the latest information on this vital topic. It is an extensive update of a booklet that bears a similar name, released by the Academy five years ago.

Drafted by nine leading scientists from various climate-related fields, reviewed by a committee of eight more, and assessed by twelve more independent climate scientists, without doubt this booklet is going to be slammed as a propaganda piece in the eyes of some.

Yet it is a comprehensive, detailed, and fully referenced publication, and it would give any climate change denier a run for their money, if the said denier would deign to stay within the confines of an evidence-based discussion without disqualifying themselves by using unsound arguments or spurious ‘data’ from unreliable sources. This is not the same as saying that people on both sides of the debate should not get emotional – but more on that later.

The Academy’s booklet addresses nine questions, including ones that are closely tied to people’s everyday lives. These include discussing the changes of extreme weather events in Australia, changes in climate that are already affecting the environment in obvious ways, as well as current and predicted changes in sea levels. According to one of the workgroup members, this is palpable, close-to-home stuff as opposed to the dry numbers of degrees, CO2 levels, emissions and other such figures, of which there are also plenty in this publication.

The aspirations of the workgroup with the release of this booklet are that here people will be able to find authoritative answers on the science of climate change. While the information provided is without question trustworthy, I do wonder whether they are limiting their audience by keeping the tone at a fairly scholarly level. See, for example, a paragraph from the concluding page:

“Under any realistic future emissions scenario, some additional global warming is inevitable and will require adaptation measures. Indeed, adaptation is needed now in response to climate change that has occurred already. The more CO2 that is emitted in the next few decades, the stronger the adaptation measures that will be needed in future. There are limits to the adaptive capacities of both ecosystems and human societies, particularly in less developed regions.”

To me that’s a fairly dry way of saying “we are already down a path of no return, and in less privileged parts of the world having to adapt to a new climate will hit the hardest.”

However, there are conflicting opinions on whether climate change risks should be communicated emotively or rationally, or what balance of both the mixture should entail given that people have a finite ability to worry about things.

Personally I don’t know how the information should be framed, and at what level the results of science should be pitched. Today I can just echo what astrophysicist and Nobel prize winner Prof Brian Schmidt had to say about this booklet.

Regardless of your own current views, read the @Science_Academy new booklet all about climate change https://t.co/eOechY1NuC (link fixed)

Go get a cup of tea and read the thing.

One thought on “What does climate change mean for you? | Day 184”