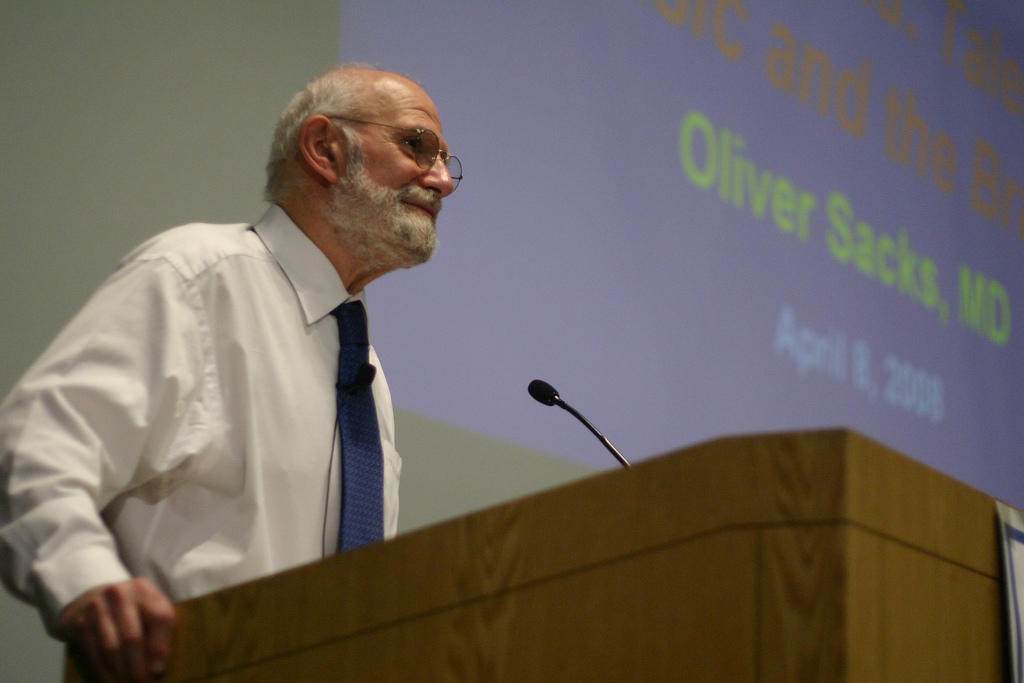 You, being the reader of a science blog, have probably heard of the neurology professor, writer, and above all storyteller Dr Oliver Sacks. Even if you haven’t read one of his many fascinating books, you may perhaps have seen the film “Awakenings,” or heard his unmistakable voice on a show like Radiolab.

Today, in an essay for the New York Times, Oliver Sacks revealed that he is dying of cancer.

“It is up to me now to choose how to live out the months that remain to me. I have to live in the richest, deepest, most productive way I can.”

If there is anyone who could convey such sad news to the world with all the lucidity and strength of character, it would be Sacks. In his essay, which I encourage you to read, he talks of love, of creativity, and also of detachment. If you didn’t have much time left in this world, would you bother watching the news every night?

In his diagnosis Professor Sacks is both lucky and unlucky. He explains that nine years ago a rare tumour was removed from his eye – a melanoma. It is a cancer that develops from pigment cells called melanocytes. These cells produce the pigment melanin, the amount of which determines a person’s skin colour. However, melanocytes are also present in the lining of the eye, as well as in hair and a few other places in the body, such as the lining of internal organs and parts of the brain.

A melanoma occurs when melanocytes start to grow and divide uncontrollably. If it expands into the deeper layers of the skin, the cancerous cells can enter the bloodstream or the lymphatic system and find other organs to replicate in. This is called metastasis, from the Greek word meaning  ‘displacement’. , Despite Prof Sacks  stating that the chance of this happening with ocular melanoma is only two per cent, it can actually happen in about half the cases.1 He was lucky at first, and after the removal of the tumour he had another nine years of a healthy and prolific life. Yet he chanced to be amongst the  roughly fifty percent of patients for whom the cancer metastasises – for Sacks it has meant a gradual overtaking of his liver. There is nothing that can be done except for slowing it down somewhat.

Humanity has gone great strides in treating cancers of various kinds; there will never be the proverbial ‘cure for cancer’ because there is no one cancer that requires such a cure. But metastasis is still the silent, persistent killer that looms in the background for every patient. It is the discovery that more often than not takes people from an excellent prognosis to a death sentence. Fuck cancer, yes. But fuck metastasis even more.

“My generation is on the way out, and each death I have felt as an abruption, a tearing away of part of myself. There will be no one like us when we are gone, but then there is no one like anyone else, ever. When people die, they cannot be replaced. They leave holes that cannot be filled, for it is the fate — the genetic and neural fate — of every human being to be a unique individual, to find his own path, to live his own life, to die his own death.”

It’s not over yet. He is still finishing several new books, you know.