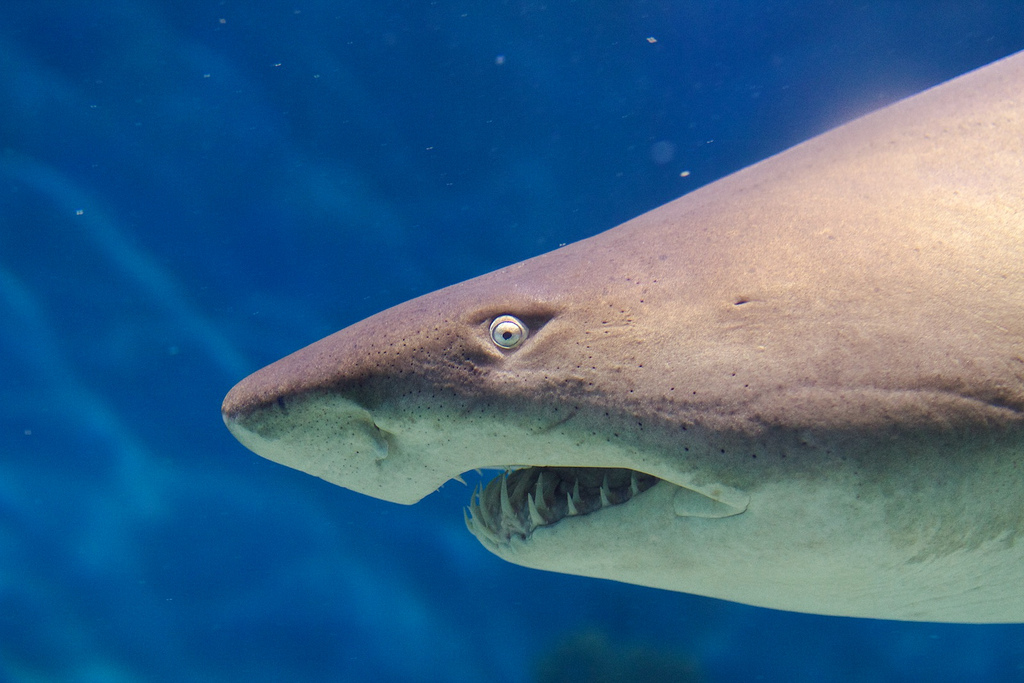 I sometimes wonder if sharks might be the most maligned family of animals in the world. There are hundreds of species, varied in size, habit, habitat and everything else. Only a small handful of these are potentially dangerous to humans.  Even in Australia with its wild waters and abundant beach culture, since records began, fatal shark attacks have averaged to roughly one a year. And only a quarter of all shark attacks are fatal.

Even though humans kill vastly more of these creatures every year than they kill us, the stereotype of the man-eating shark lives on. Because of their fierce reputation and thrilling appearance, certain sharks inevitably spawn various urban legends. Each year the Discovery Channel  dedicates a week in August to sharks, but instead of teaching the public more about these fascinating fish, it fabricates things like “Megalodon: The Monster Shark Lives.”

Encounters with sharks are rare, and hence are of huge interest to that section of the news that doesn’t bother with any hard-hitting reporter stuff. Include a photo, and people will go apeshit. Were those two little boys in the surf photobombed by a shark or was it photoshop? 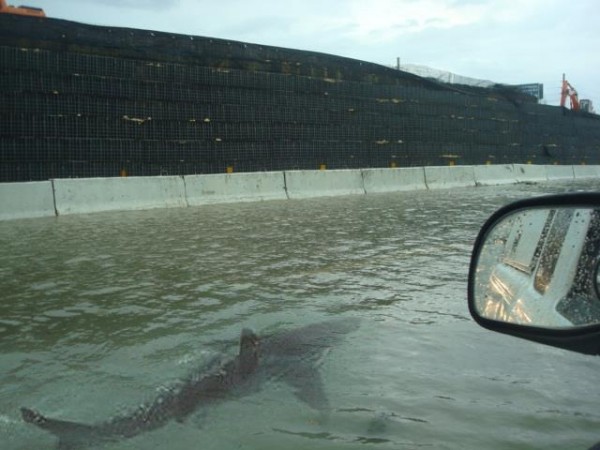 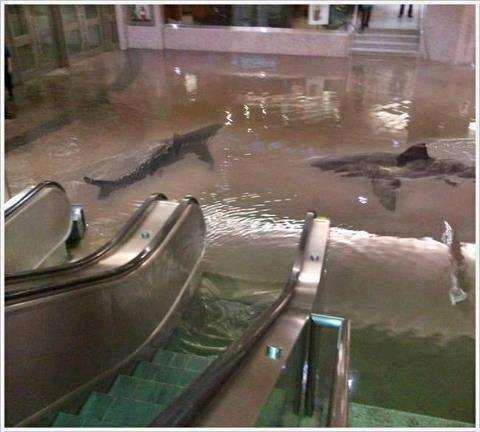 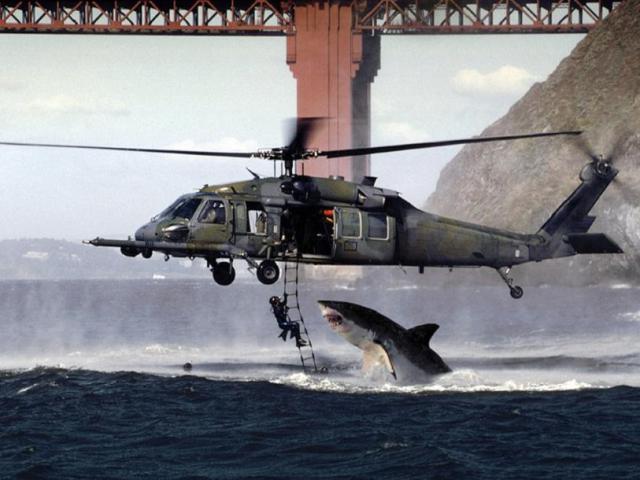 The list goes on. Catastrophic weather that causes flooding leads to many of these, either hearsay or actual photo composites.

Over the past 24 hours some parts the Australian continent, namely the northern state of Queensland, have been hit by catastrophic weather – the tropical cyclone Marcia. It has been reported to leave a trail of destruction and flooding in its wake, and many towns are only now starting to pick up the pieces.

But cyclone Marcia also contributed with the latest shark meme – and this time no Photoshop was required. An unfortunate shark was washed up on a beach in Lennox Head, a coastal village in northern New South Wales.

Sharknado is here! @Independent: This huge shark washed up on a beach in Australia #TCMarcia http://t.co/ATmMn1WSyK pic.twitter.com/TlpADTXfgY

MT“@9NewsSyd: A shark has washed up on Lennox Beach this morning… #TCMarcia #9News pic.twitter.com/fBuzE6gr54”— sharknado, this is how it starts

It seems that the poor beached fish was a grey nurse shark (Carcharias taurus), roughly 1.2 metres long.1 They can grow to at least 3.6 metres, and they eat a wide range of fish, squids, crabs and lobsters. Possibly because it looks so fierce, the grey nurse shark has an undeserved reputation as a man-eater, which lead to indiscriminate killing of the species in Australian waters. As a result the species became endangered, and in 1984 became the first protected species of shark in the world.

This one got a few hours of posthumous internet fame. It might be a good opportunity to remind people of the conservation efforts for these interesting creatures.

Update: As it turns out, it wasn’t a grey nurse after all. Instead, the poor fish was a dusky whaler (Carcharhinus obscurus), as I was informed by the photo author’s disgruntled brother in the comments below. It also looks like it was caught by a fisherman and either washed ashore after the struggle or was simply dumped there. So, unsurprisingly, there is still no sharknado. But at least this pic was genuine.