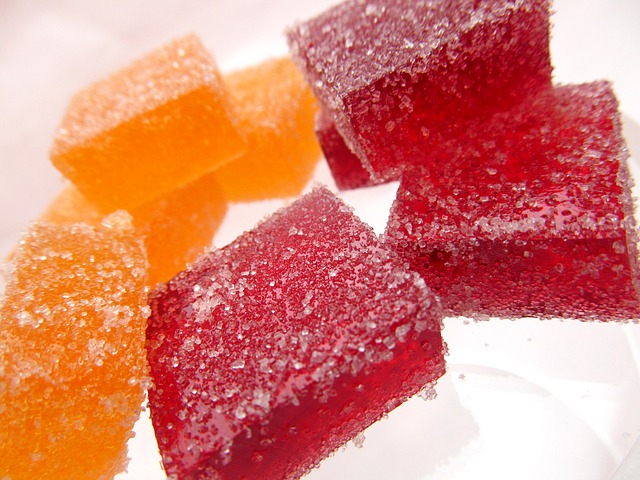 In the 17th century rich European people would decorate their dining tables with elaborate sculptures made entirely out of sugar. It was a luxury item, used sparingly.

Now that we’ve figured out cheaper and cheaper ways to obtain the deliciously sweet substance, humanity is drowning in sugar and the health problems associated with it, obesity leading the parade. The more processed food you consume, the higher the chances you are ingesting a fair amount of so-called hidden sugar – because it is put in everything these days, not just sweets.

According to the World Health Organisation (WHO), just one tablespoon of ketchup can contain up to four grams of sugar, which is roughly a teaspoon. Drink a can of soda, and you’ve ingested 10 teaspoons. This kind of sugar, added to food in the manufacturing or cooking process, is known as free sugar. You would also apply this term to naturally occurring sugar in fruit juices and honey.

WHO has reviewed the latest scientific literature on the health effects of free sugars, and has now released updated guidelines on how much of it we should be consuming if we want to maintain a healthy weight and avoid dental problems. These guidelines strongly recommend that added sugar should take up no more than 10 per cent of the daily energy intake.

“For adult Australians consuming 8,700 kJ per day, this translates into consuming no more than 55 g of free sugars per day, or less than 13 teaspoons,” explains Dr Alan Barclay, Chief Scientific Officer of the GI Foundation in Australia.

So, drink a can of soda and you have no more than three teaspoons left of any other free sugars for the day. Even better if you can only have six teaspoons a day – that is supposed to have additional health benefits. Come to think of it, that probably doesn’t bode well for eating a bar of chocolate.

The only sugars that the WHO doesn’t count in these guidelines are those occurring naturally in fruits, vegetables, and milk. This is because there is no reported evidence on this kind of sugar being bad for you. Which means that a smoothie made out of whole fruit is probably better for you than a fruit juice, but even better if you can just eat the fruit whole.

While I’m glad to see that the Western world’s unhealthy affair with sugar is being seriously addressed by reputable health organisations, I do worry that this is also going to lead us into yet another fad, much like the whole saturated fat debacle a few decades ago. “Quit Substance X and your life will be dramatically better,” because fuck subtlety and complexity, amirite?

A simply balanced, nutritious diet is not as sexy as the next best fad. The diverse family of nutrients needs to be constantly divided and re-divided into camps of heroes and villains, of things that will kill you and things that will cure you. It would be nice to live in an evidence-based world where fad diets don’t exist, but until then we have bullshit extremist movements like “I Quit Sugar,” propelled by marketing and propped up by undiscerning people who buy dumb books. Sure, they link to some cherry-picked scientific studies on their page, but would you trust a health-freak who is selling you something… or the WHO?

Yeah, thought so. So don’t quit sugar, just eat in moderation, and preferably no more than a few teaspoons a day. That should be easy enough.

Bonus: watch this Katering Show attempt at quitting sugar! It’s my new favourite comedy series… and it has nothing to do with science.