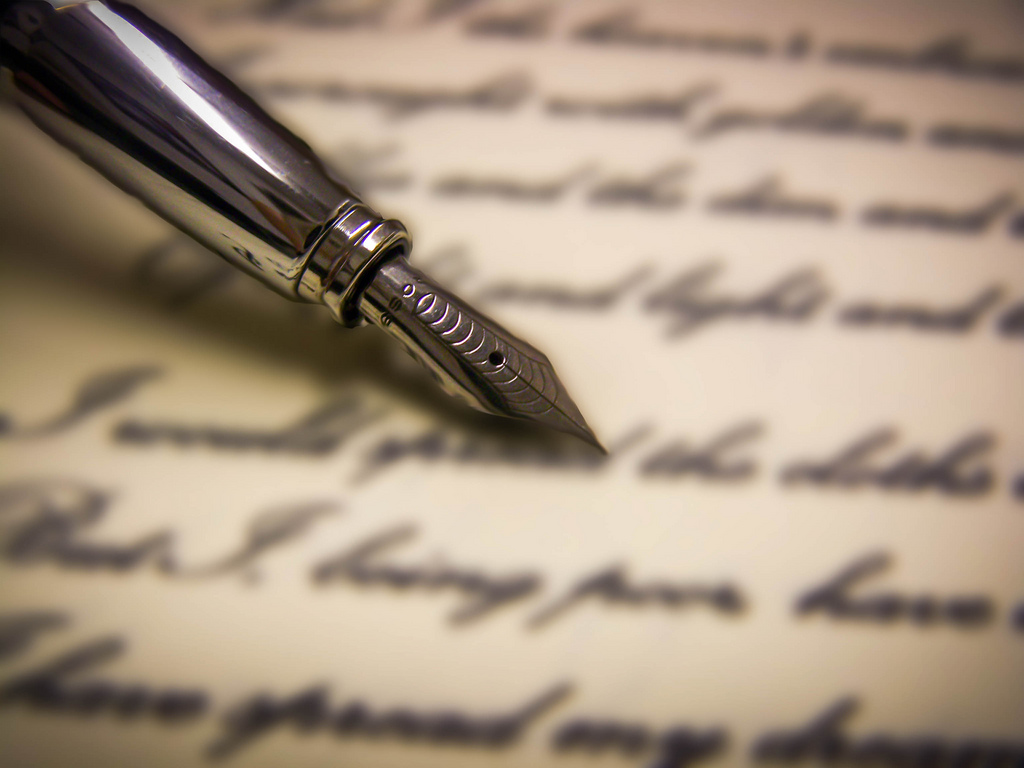 Today will be something a little different. I have been tagged to participate in a Handwritten Blogging Challenge that involves writing your post by hand, on paper. It originated over here (in Latvian), and I was tagged by a girl who suggested I could use this as an opportunity to write about graphology (again, in Latvian). To be clear, she does not think it is scientific. As you will see, she is right. Graphology is a wonderful example of a pseudoscience.

Click on the image to read the pages. If you’re having trouble, the text is also typed up below.

There are no strict rules for this challenge – you can tag as many or few people you want, and the text can be about anything at all. Don’t try to be neat or fancy – just write how you would naturally.

I’ve decided to tag people who write in English, to see whether we can spread this challenge beyond Latvia. Naturally, these will be science bloggers: Sarah Keenihan, Paige Brown Jarreau, Kirk Englehardt, Stevie A. S. of Science Unnamed, and, for good measure, Ed Yong.

Don’t let me down, guys.

You have probably heard that certain aspects of your character could be inferred from your handwriting. Do you dot your i’s? Draw big loops? Cross your t’s – straight or slanted?

The study of handwriting for analysing one’s personality or character is called graphology. Even though its practitioners would have you believe otherwise, the rationale behind graphology has hardly anything to do with science; instead, it is essentially a type of divination. Think of astrology or palm reading, or even phrenology, and you’ll quickly realise that all these kinds of “character readings” have much in common.

In graphology there are many schools of thought, and the fact I dot my i’s with a circle could very well mean different things to different graphologists. This, of course, is the first red flag of a pseudoscience. A lack of consistent claims makes it difficult to reliably test whether any handwriting quirks correlate with character traits or other mental aspects of a person.

Even so, plenty of scientific studies have been done on the topic, and in the mid-90s a meta-analysis of over 200 of such studies1 clearly demonstrated that graphologists really show no better results than chance – give a page of handwriting to any pedestrian not versed in the craft, and their analysis would be just as accurate.

So why do people believe it works? Because, not unlike astrology, graphology appears to work due to a string of psychological quirks and biases, such as cold reading, confirmation bias, and the Barnum effect amongst others. You can read more about all of these on The Skeptic’s Dictionary.

One thought on “The pseudoscience of graphology | Day 203”