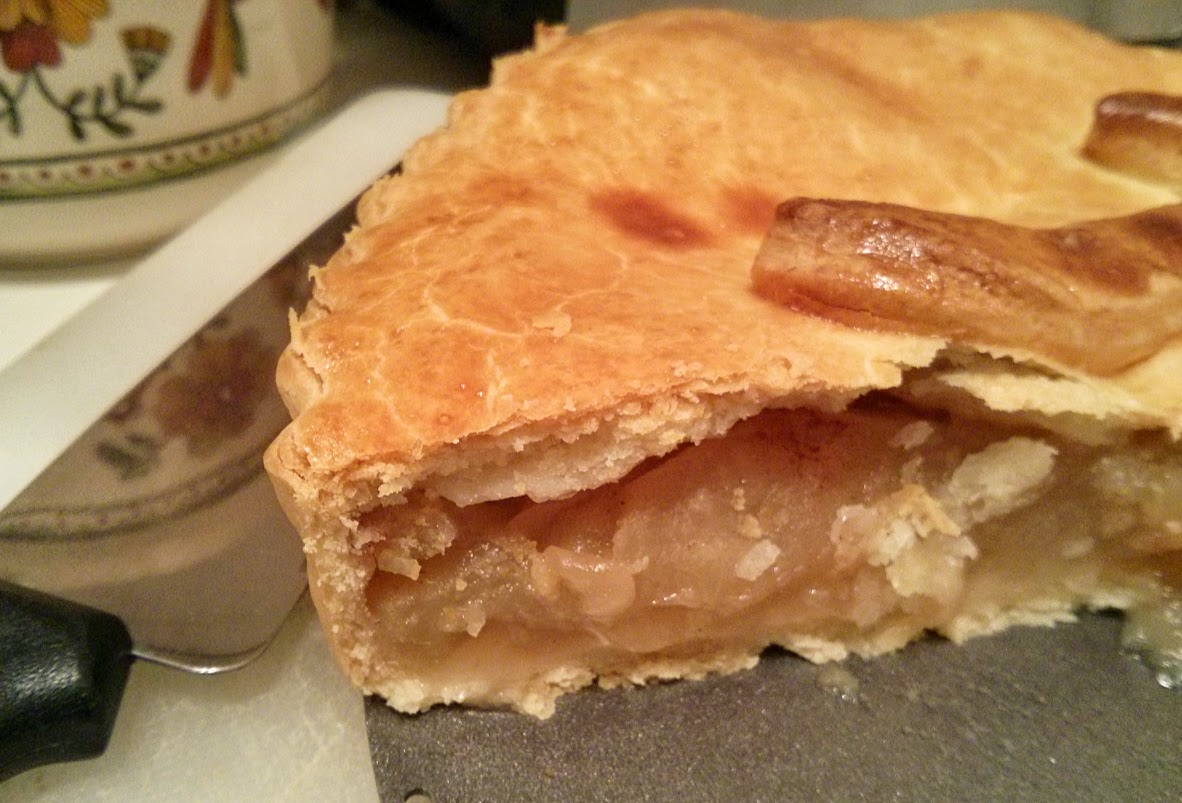 Apples, cinnamon, sugar, lemon juice, and a pastry to stuff that all in.

To create an apple pie from sratch… I had to do it. I simply had to.

I write a daily blog about nerdy stuff, and what could be more nerdy than combining pie and mathematics on what is internationally known as Pi Day!

Well, it’s mostly an American thing, because they write their dates in a fashion that involves putting the month before the day. Why? Nobody knows for sure. Of course, Pi Day also works if you write dates year first, say 2015/03/14.

Still, one day a year the rest of the world falls in with this illogical habit in order to mark 14 March as the day to eat pie. Of course, this is because the first three digits of this mathematical constant π are 3.14, and because you pronounce pi… you get it.

Given that Pi Day appears to only have started sometime in the 80s, this makes today’s event the first of its kind. So, of course I had to get baking. My first attempt at a Pi Day pie turned out quite adequate.

In mathematics π  is the ratio of a circle’s circumference to its diameter, and as such is abundantly used in geometry, as you have most certainly encountered it at school. However, its uses are not limited to figuring out facts about circles; it appears in other fields of science, such as physics and statistics. And turns out it is there in the background, lurking, when we use digital technology:

Pi is central to digital signal processing, which is pervasive in our modern wireless world. The digits of Pi (in binary) are probably somewhere in the programming of your smartphone, used in digitally decoding multichannel, gigahertz signals while you casually chat with your friend about the local weather and politics.

So pi was probably used somewhere in the calculations of my mobile phone timer used to track the baking time. And you can even have geometry fun when trying to pack the pie away. Observe.

If you want the recipe, it’s here, but be warned, the pastry turned out a bit bland. Also Step 17 makes no sense. Also, I prefer tarts to pies.