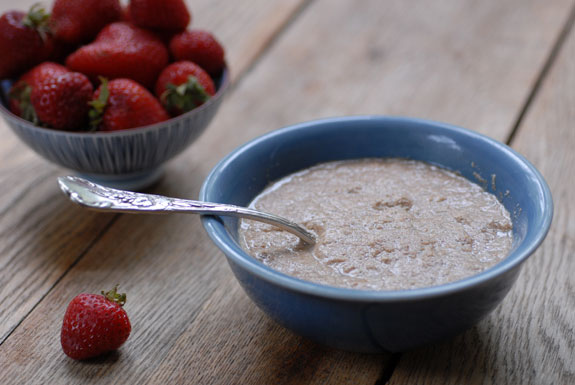 You know those people who wake up hungry, looking forward to their first meal of the day? You might even be one of those people. I, however, am not.

My body doesn’t start asking for food until I’ve been awake for at least a few hours, and by that point it is usually more practical to wait a little more and just have lunch. Besides, preparing breakfast adds way too much time to my already lengthy morning routine before leaving the house.

You may have heard that skipping breakfast is unhealthy and leads to weight gain, but it doesn’t actually help to kickstart one’s metabolism for the day. However, this approach can make you ravenous by lunchtime, especially if you get up early. On days when I get up much earlier than usual in order to go into the office, breakfast is a must. My perfect solution turned out to be the bland sustenance smoothie of lifehackers everywhere, also known as Soylent – takes no time to prepare, can be drunk on the way, filling, nutritious, awesome. However, I am currently out of stock, and so is the company that sells it over here. Oh god the withdrawal.

So I caved and bought some porridge today. But not just any porridge!

It’s made by a funny-named brand Goodness Superfoods, and it contains a wholegrain called BARLEYmax™, developed by researchers at the national science agency CSIRO. Upon reading the package, I thought it was clever that it didn’t include the phrase “genetically modified,” as that would be a sure way for putting off science-distrusting customers. However, it turns out this grain was actually developed through traditional breeding techniques.

According to its producers, Barleymax is “a wholegrain with two times the dietary fibre and four times the resistant starch of a regular grain, along with a very low glycaemic index.”

That said, Barleymax porridge probably tastes awful, but I’ll find out tomorrow. Until I can order more Soylent, might as well eat something that has been approved by science.