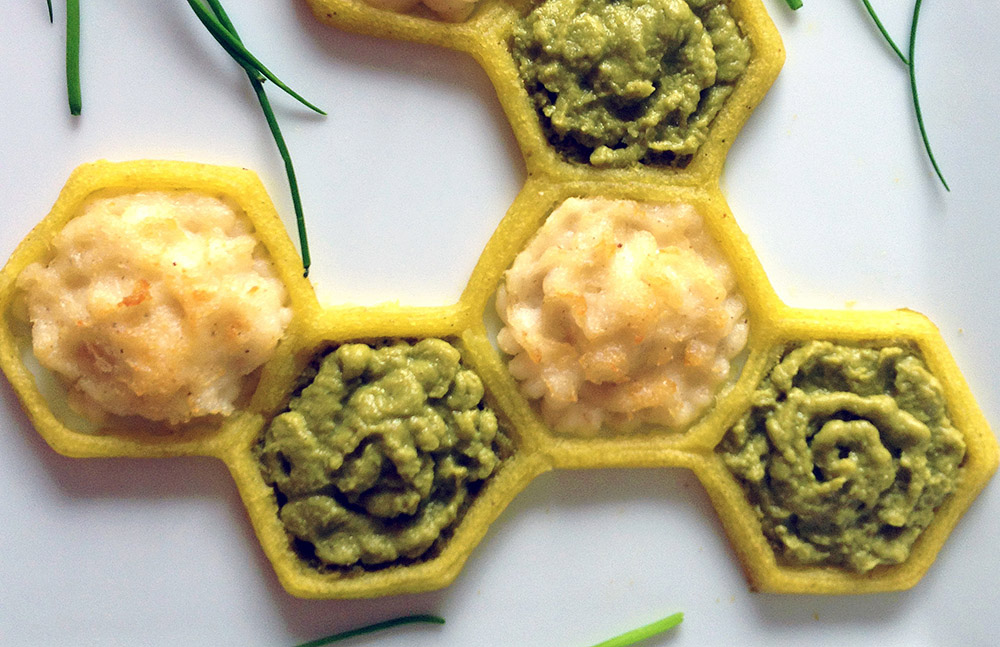 Forgive the enthusiastic title but yes, yes we will. In fact, we do already – if you are willing to eat, well, mostly extruded paste-like things, or intricate cake decorations made out of sugar or chocolate.

There are various companies and organisations out there tinkering with the application of 3D printing technology to food. Some are startups, some are more established – and even NASA is having a go.

The 3D printing medium for creating food is usually an edible slurry or paste of some sort – or various sorts. Even though it is possible to use several flavours and print them into intricate, geometric, unusual or simply interesting shapes, the biggest challenge right now appears to be the inability to simultaneously cook the output. NASA does currently have a prototype that created a 3D-printed pizza directly onto a heating element, but most creators are sticking to sweets and chocolates that don’t require cooking – currently these types of 3D-printed foods are dominating the picture.

One interesting exception is The Foodini by Natural Machines; it uses pre-made food that the user can load into capsules for printing. The device is intended to be a new type of kitchen appliance that makes cooking fun and also reduces some of the more time-consuming steps involved in making fresh things from scratch. Such as the example they use in the FAQ:

How often have you made homemade ravioli? Rolling out the dough to a thin layer, adding the filling, adding the top layer of dough, and then cutting it to size takes time. Let Foodini do it for you. Simply load the dough and filling into Foodini, and Foodini will print individual raviolis for you.

Ostensibly that makes it an incredibly sophisticated pasta machine connected to the Internet, but one has to start somewhere.

Another cool example that bucks the trend of printing sweets is the “Edible Growth” project by Dutch food designer Chloé Rutzerveld. They are little crunchy baskets printed with a gelatinous agar-agar centre which contains plant seeds and fungi. Left for a few days, the basket develops into a nutritious snack ready for eating:

I want to show that high-tech food or lab-produced food does not have to be unhealthy, unnatural, and not tasteful. Edible Growth is an example of high-tech but fully natural, healthy, and sustainable food made possible by combining aspects of  nature, science, technology and design.

So we may not yet be able to order a hot cup of Earl Grey tea ready with a cup, or even as much as a chocolate sundae, but rectangular burgers are totally a thing now.

To read and see much more about these and various other applications, including some truly exquisite sugar sculptures, check out this article on 3D Printing Industry.