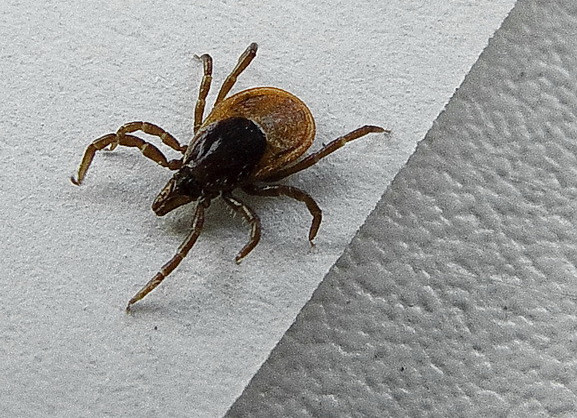 If you follow me on Twitter, you may have already seen this article I shared a few days ago. It’s the current lead feature on Mosaic, Wellcome Trust’s online science magazine, and it tells the story of Ellie Lobel, whose post-treatment Lyme disease syndrome disappeared after what would have otherwise been a fatal bee swarm attack.

This particular case of bee venom use is woven into a broader narrative on how venoms from the animal and insect world are increasingly used in medicine and pharmacology, in particular to target difficult neurological ailments.

However, when I shared it, a fellow Twitter user accused me and the publication of sensationalising the story, claiming there was no evidence that Ellie Lobel was indeed dying from her disease, and that bees did indeed save her life.

I have since read the story again, and see no such fault. I usually have no trouble spotting credulous, biased, or overzealous science reporting, and will be the first to point it out and chastise others; however this particular feature didn’t raise any of those red flags for me. The writing was clear, the science well-researched, and the caveats of preliminary research were repeatedly addressed. Or so I think, anyway. 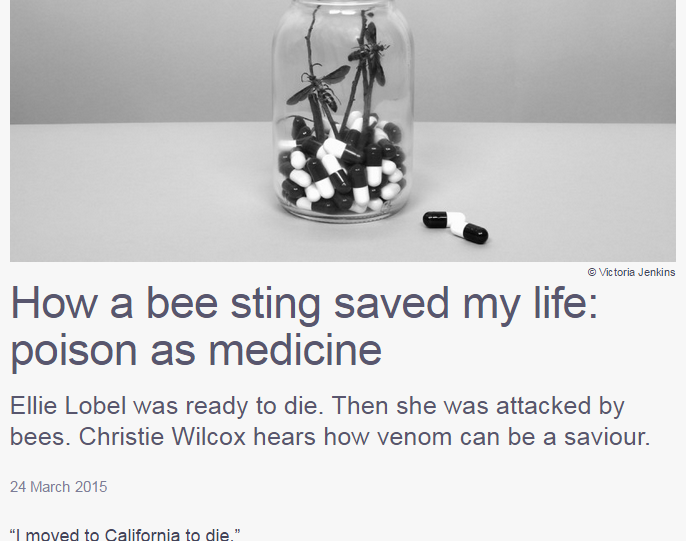 So, click on the image to read the story, and spare a moment to let me know what you think.