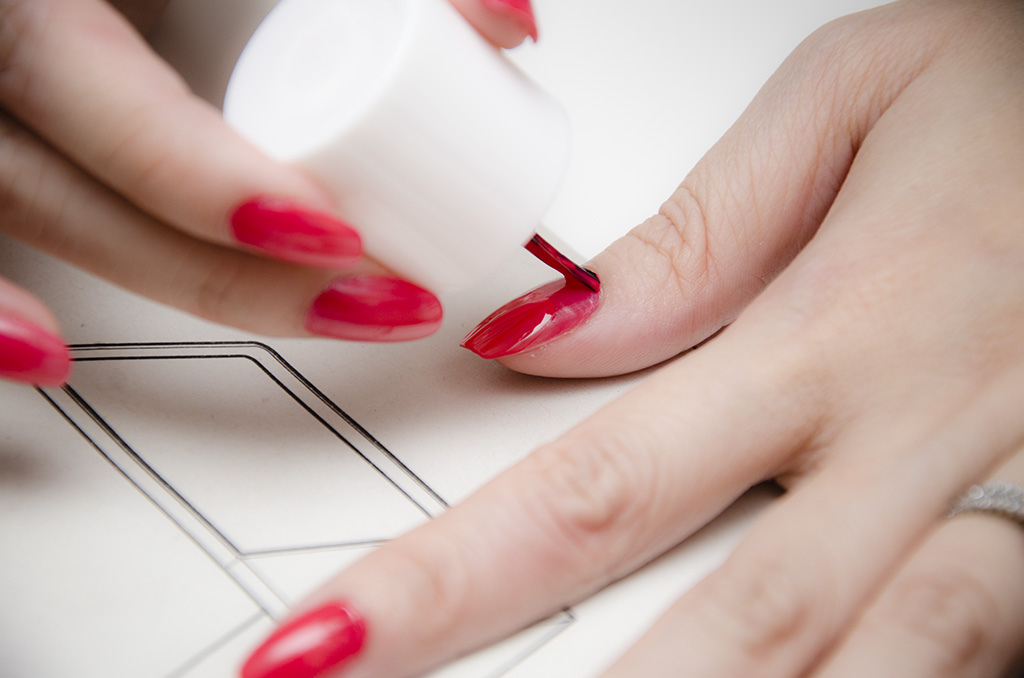 It’s the long weekend – four days off in a row. I also think it’s going to rain non-stop all four of them, as it has been doing so since this afternoon. Non. Stop.

Although I’ve spent most of the first day off procrastinating and still recovering from my nasty virus thing (currently coughing like my lungs are going to fly out and slide across the floor, every ten minutes), and there is oh-so-much catching up to do in terms of work and projects, I’m thinking of painting my nails for the weekend away.

I probably won’t – I can never plan it right so that they have time to dry – but at least I’ll write about it. My male audience probably doesn’t give a damn, but I’m curious about what chemical process makes nail polish what it is: liquid in the bottle, dry lacquer on the nails. So here’s some quick science on nail polish.

The two main ingredients of nail polish are a film-forming compound, typically nitrocellulose, and a solvent, typically ethyl acetate.  Cellulose is a plant fibre that is one of the most abundant naturally occurring polymers on our planet. When exposed to nitric acid, it forms a highly combustible material which has film-forming properties. In fact, early photography and filmmaking used nitrate film stock, until a cellulose acetate version – not nearly as volatile and easily flammable – was created in the late 1940s.

Now, when nitrocellulose is dissolved in a solvent, it becomes lacquer – this property has been used in car painting, polishing musical instruments (such as Fender guitars), and, of course, nail polish. When the nitrocellulose-solvent liquid is spread onto a surface, the solvent evaporates, leaving behind a clear, shiny cellulose film. To impart colour, various pigments are used in nail polish, as well as plasticisers or resins – compounds that increase the flexibility of the film, making it less brittle.

The trick behind soluble nitrocellulose is also what makes nail polish removable. The solvent typically used for this purpose contains ethyl acetate as well – it simply reconstitutes the polish into its previously liquid state, so that it can be wiped away.