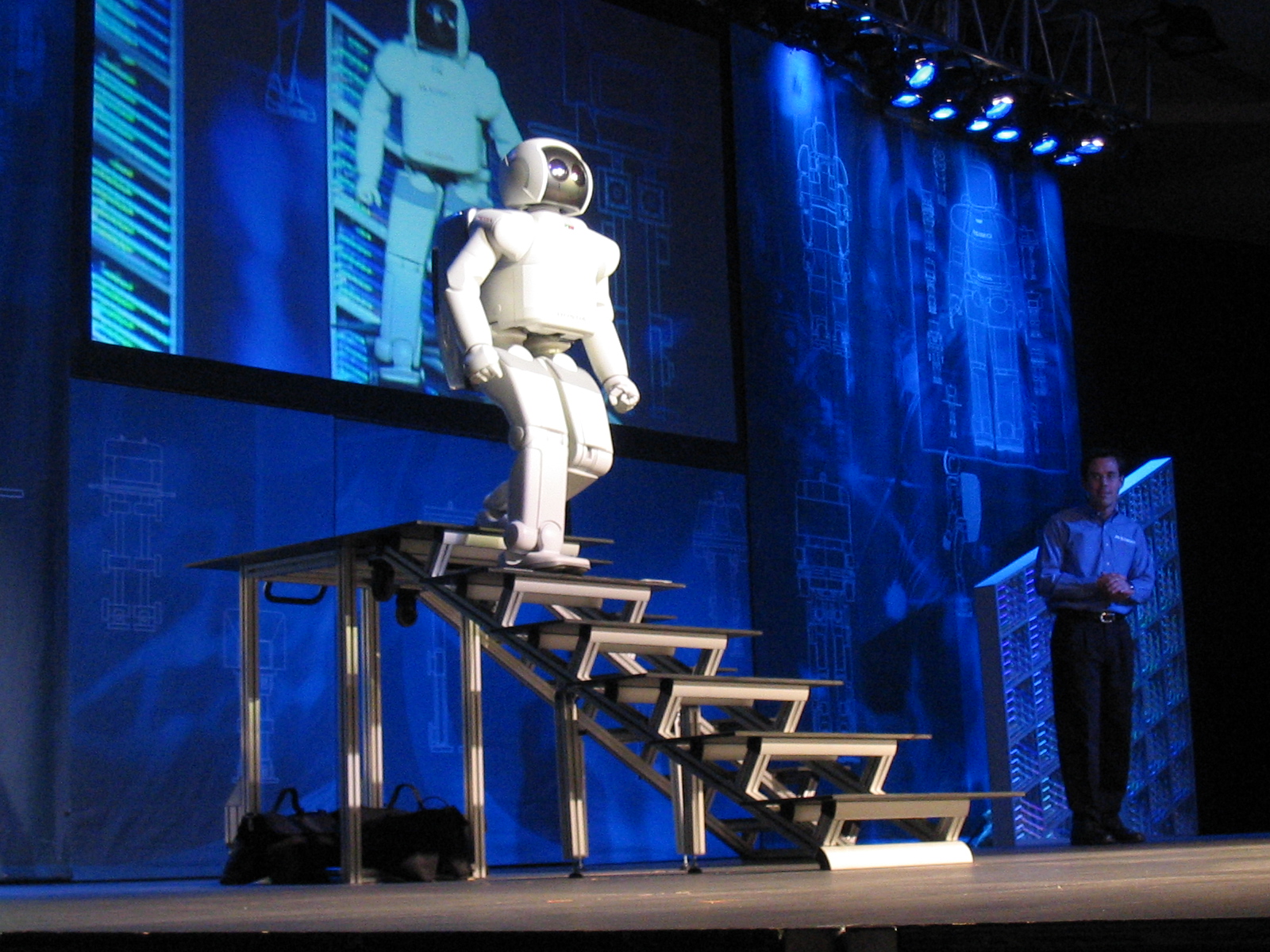 At some point in the late Neolithic humans invented the wheel. It may have been in Mesopotamia, or it could have been in the Northern Caucasus, or even Central Europe. However it came about, the wheel revolutionised human transportation.

However, a vehicle with wheels has certain disadvantages – unless the terrain is sufficiently obstacle-free, your bewheeled contraption will either get stuck, or topple, or otherwise malfunction. Certain vehicle designs, such as quad bikes or rovers, can admirably tackle this problem while still using wheels, but there is only one design that can truly conquer all terrains.

For roboticists, building devices with legs has been a fascinating challenge for several decades. You may remember the introduction of Honda’s Asimo robot back in 2000; it was an impressive feat of engineering, heralding in the 21st century and the advances in robotics it would bring.

However, as philosopher Andy Clark wrote in his 2008 book Supersizing the mind, while Asimo is impressive in the way it walks, the way it moves its legs is not particularly efficient. The energy efficiency of a walking thing can be calculated by determining how much energy it uses to carry a certain amount of weight over a certain distance. This is called ‘specific cost of transport’:

This is because Asimo moves its legs by issuing commands to the joints to move them in a precise way; meanwhile our human legs, from joints to tendons to muscle and balance, are simply built for walking. Organisms with legs use what is known as ‘passive dynamics’ in order to cut down on the energy cost of moving forward.

With some assistance from gravity, a walker built according to these principles doesn’t even require a motor.

“For robotics, a passive walker serves as a basis on which to build an efficient robotic biped walker. It is estimated that a “passive-dynamic” robotic walker could use as little as 10% of the power required for more traditional walkers like the Honda Asimo.”

Principles from nature are used in some of the most impressive modern robotics achievements, such as the work of Boston Dynamics, an engineering and robot design company which started as an offshoot of MIT’s Leg Laboratory in 1992. Led by Marc Raibert, this team claims to have been the first to develop robots that run and move like animals.

In 2005 the company released a robotic “pack mule” called Big Dog, which they developed together with NASA and Harvard University Concord Field Station, with funding from US military research agency DARPA:

[It’s] a rough-terrain robot that walks, runs, climbs and carries heavy loads. BigDog is powered by an engine that drives a hydraulic actuation system. BigDog has four legs that are articulated like an animal’s, with compliant elements to absorb shock and recycle energy from one step to the next. BigDog is the size of a large dog or small mule.

That was five years ago. Since then Boston Dynamics has been acquired by Google (smart move, guys), and just a couple months ago, they released a new video introducing Spot, their newest crossover between animal and tecnology. Its movement resembles something between a cat and a spider, although it won’t attack you when kicked… Yes, they kick it in the video. More than once. And it really looks like an animal when you see the robot jump away and regain its balance.

For now, these robots are still controlled by human operators via a computer interface, but it’s probably only a matter of time until they can roam our forests… unassisted.

Let’s not give them teeth.

One thought on “Part animal, part robot – the one true all-terrain vehicle| Day 239”