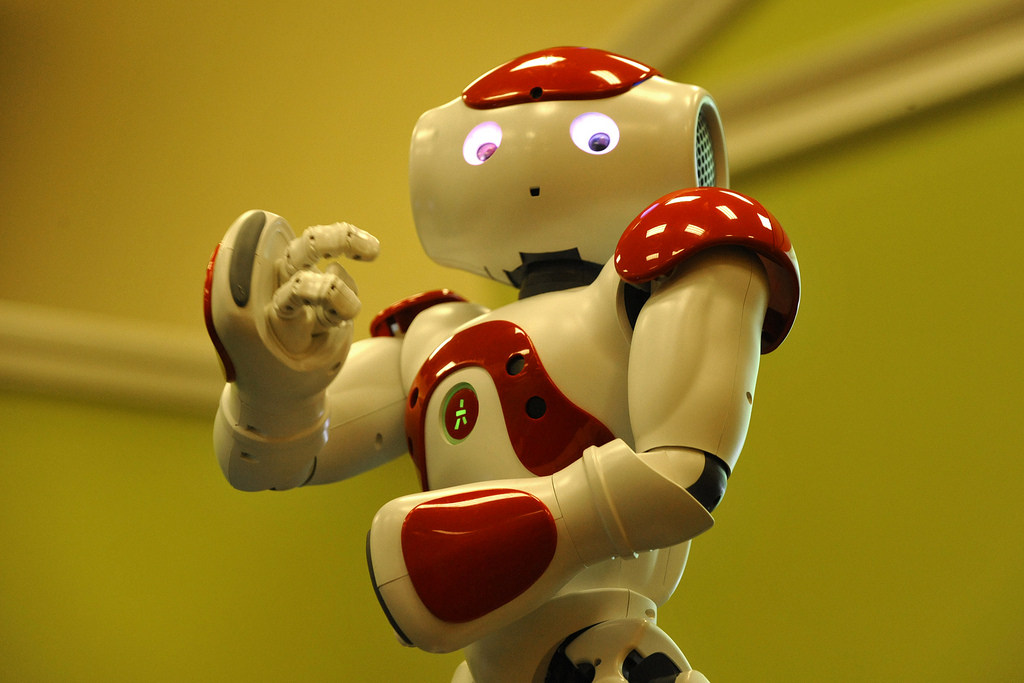 It’s one of those nights when I had a different story put aside, but am going to write about something I’ve just seen or heard.

Insight asks: Is humanity really being threatened by thinking robots, and where will robotic advances take us into the future? What are the ethical and moral questions to consider?

I like robots, and I like the idea of robots, particularly autonomous, highly capable ones. That’s not surprising from someone whose favourite science fiction book growing up was Isaac Asimov’s “I, Robot” collection of stories.

Tonight I learned about surprising uses for robots that I had never heard of.

There are emotionally intelligent communication robots which help in assistance to aged care patients, as well as in teaching children with autism – it can repeat lessons as needed, remind, communicate, and also entertain, as in the video below.

There are interactive robot baby seals which function as therapeutic companion robots for patients with dementia, providing similar emotional benefits to those of a pet, without the associated problems of having an animal in that setting.

There are 58cm tall, highly interactive humanoid robots that are used in education, inspiring kids to learn programming and other skills. These little guys, called NAO, could easily be household companions, too.

If I could have one, I’d probably get a NAO. And you?