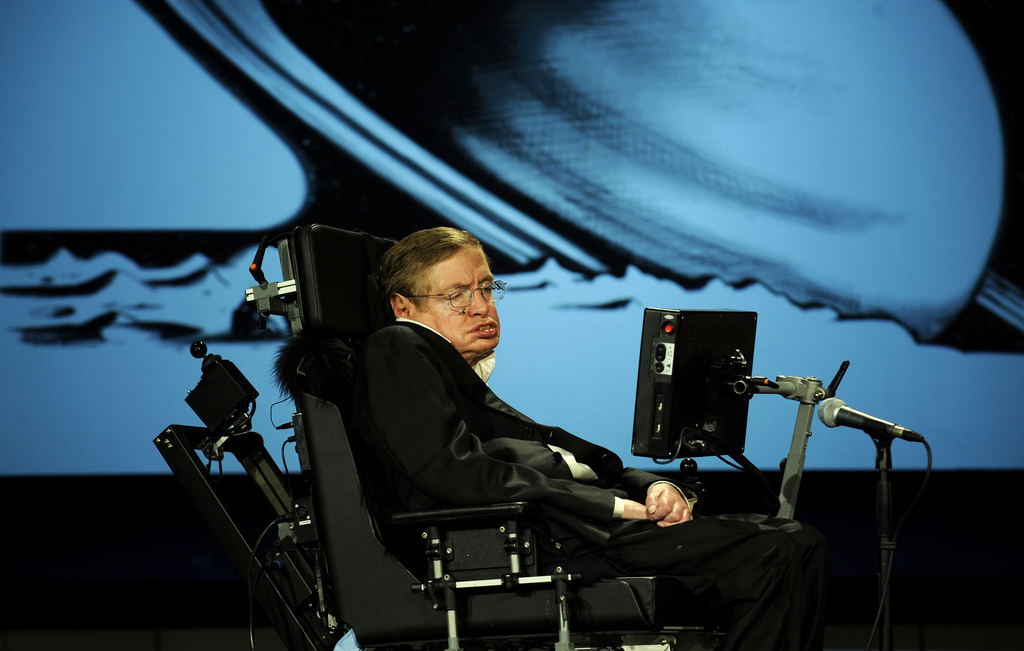 Okay, so he wasn’t actually there.

On the stage of the Sydney Opera House, thanks also to the University of New South Wales, was a Cisco telepresence screen featuring a 3D hologram of professor Stephen Hawking. At the age of 73 he is unable to travel for health reasons, and is also pretty busy being the director of research at the Centre for Theoretical Cosmology at the University of Cambridge. However, for all intents and purposes, it was indeed as if he were on stage, addressing an Australian audience for the first time. The 3D illusion was complete from all angles; he could see and hear the audience, and we could see and hear him.

It was pretty neat.

Renowned physicist Paul Davies and award-winning science communicator and author Lucy Hawking hosted the event, in person. In a moving talk reflecting on her father’s life, Lucy Hawking touched on the societal perception of disability, as well as reflected on some of the moving moments portrayed in the Theory of Everything biopic, which has recently advanced Hawking’s stardom to new, Hollywood-esque levels.

The talk by the professor himself was a reflection on his life and research; he spoke of the progression of our knowledge of the universe from when he started out in Oxford in 1959, to this day, when some of his gambles and predictions have come true, while others have proven false, and more are yet to be determined. An excursion through family history and seminal publications, the talk was entertaining and witty. I have to admit that the physics content was either stuff I already knew about, or beyond what I could understand with my limited background knowledge. But it was fascinating nonetheless. I will not recount it all here, because there is no shortage of books that you could read on the subject, or at least visit Hawking’s official website.

To me personally, there were deeply inspiring moments, too. Professor Hawking touched upon the importance of explaining science to the public, reiterating once again the message he believes in and lives by – that a better society will be one that is more scientifically literate. He noted that for humankind to survive, we will inevitably have to move beyond our “fragile planet,” and he also reminded us to never give up, because even when times get hard, “there is always something you can do.”

And, above all else, remember to look to the stars, and not just at your feet.