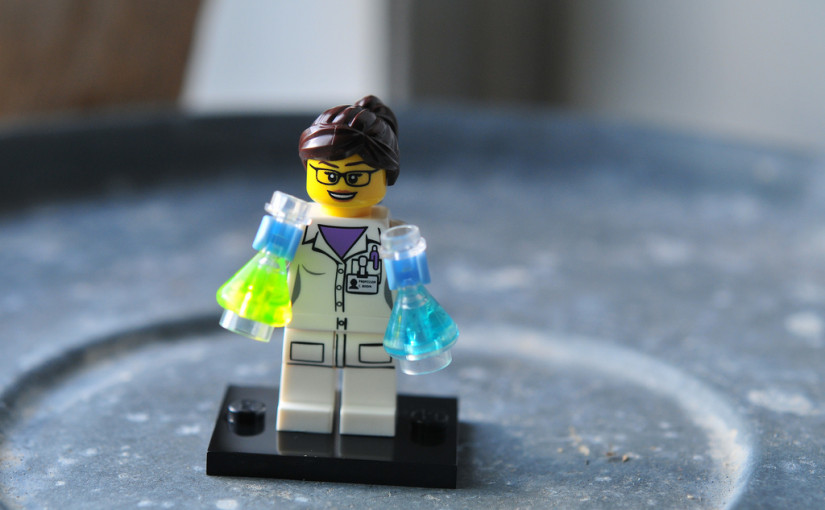 Back in mid-November I received a package that had travelled to me all the way from London. It contained a crinkly bag of 96 lego pieces and a booklet of instructions for telling little fairy-tale stories.

This LEGO storytelling kit was sent to me by a fellow science blogger from Science Unnamed. Stevie’s project aims to expand science communication to new audiences and platforms, often via the use of videos.

One such experiment arose after he saw an ad for a free educational lego kit, and decided to challenge himself to create a science story:

A major problem with the kit is that 96 pieces isn’t really enough, but I suppose that can be considered a part of the challenge. After a night of lego fun, I constructed a story of the Copenhagen Interpretation and Schrödinger’s Cat, and made it into a video.

The final result was an excellent little physics explainer, complete with scientists wearing witch hats. Do watch it.

Only after receiving the kit and examining it, did I realise how difficult a challenge it is. And so I’ve been putting it off and off. I have had a vague idea about what I wanted to do, but no real skills. 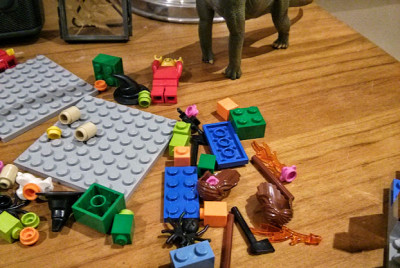 Yet, I’ve reached a point when I can’t have these pieces sitting around any longer. So, I have a character, I have a script, and I have built some scenes. I haven’t filmed anything yet, but how hard can it be?