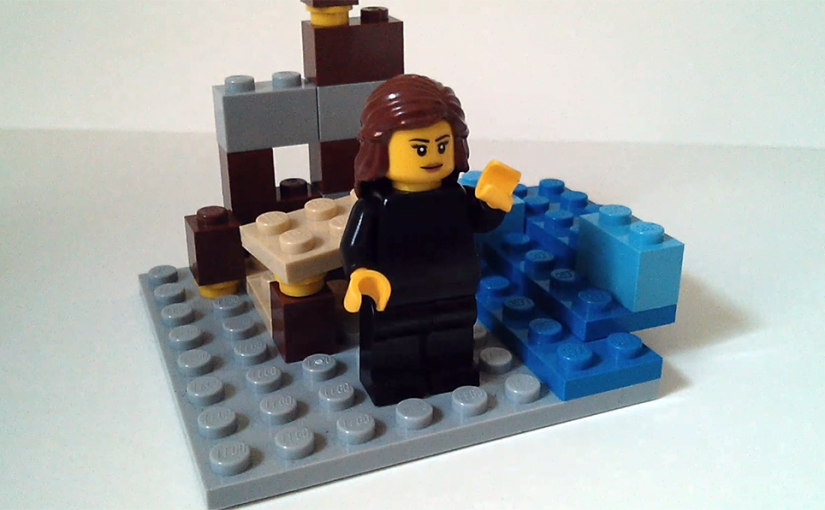 Okay, even if it’s not a success, it’s finished and uploading, and that’s what matters.

As I wrote on Friday, late last year I was challenged to create a science video using the 96 pieces available in a junior storytelling starter kit. The thing is obviously themed for fairy tales and other such stuff, so improvisation was key.

I chose Mary Anning, because I wanted it to be a science history story, and I wanted the main character to be female. Also, I’m not in the slightest equipped to do video, which is why it looks like it was shot with a potato and edited by a three-year-old. It was a challenge in more ways than one, that I can tell you.

Right now YouTube is telling me that it is going to take another 100 minutes to upload this thing, but I really, really have to go to bed. So here is the link – it should go live sometime in the next few hours.

If you can’t bear to watch the autozoom magic that is the product of my expert video skillz, the story is below.

In the south-west of Britain is an area known as the heritage coast. Here, in a little seaside town called Lyme Regis, lived the daughter of a carpenter.

Her name was Mary Anning.

In the 18th century countless Jurassic fossils could be found in landslides on the shore of Dorset. Mary and her older brother Joseph learned from their dad how to find these curiosities. They had a stall where they sold these stones to tourists and collectors.

Mary Anning found many notable fossils. In 1811, when she was just 12 years old, Mary found the body of a remarkable ichtyosaur. It travelled to London where it was exhibited in William Bullock’s museum, and it caused a sensation in the academic circles at the Royal Society.

Mary came from a working-class family, and as a woman couldn’t go to university. So she taught herself anatomy and biology, and went looking for fossils every day. She cleaned them, prepared them for display, described them in great detail, and made drawings. She even opened her own fossil shop which became quite famous.

Mary wasn’t permitted to join the Geological Society of London, and often did not receive credit for her findings.

However, today Mary Anning is widely regarded as one of the most influential British paleontologists of all time.

Next up, the little bag of LEGO pieces is travelling to Brisbane, where science populariser and skeptical podcaster Ross Balch will surely create something wonderful.

Thanks for challenging me, Stevie!