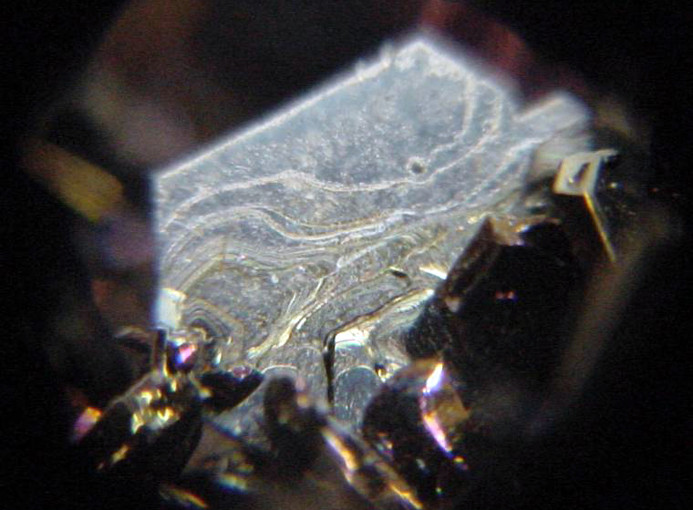 One of the biggest marketing ploys of the 20th century was a sentiment that became so woven into the fabric of Western society I’ve seen it rear its sparkly head even amongst the most rational and sensible of women.

“A diamond is forever.”

As Martin Harris recently wrote in COSMOS magazine, before the World War II only 10 per cent of engagement rings brandished the gemstone known as the hardest naturally occurring mineral on Earth. That all changed after 1947, when De Beers, a company known for its global monopoly on the diamond industry, started an advertising campaign which to this day makes American men believe that when it comes to signalling your commitment, dishing out a ridiculous amount of money for a diamond is the only way to go. There’s an interesting story about the history of this campaign over at The New York Times, but if you bear with me, I’ll tell you about something much, much sparklier and more interesting than a diamond.

It starts with the French chemist Henri Moissan, who was awarded a Nobel Prize in 1906 for achieving a feat that had previously eluded scientists – isolating the highly reactive halogen element called fluorine.

But there is something else that Moissan discovered. Back in 1893, while examining samples from a 50-thousand year old meteorite, he found a bunch of crystals. At first he thought the crystals contained in the rock samples were diamonds, as they certainly had all the same properties. But ten years later Henri Moissan finally determined the chemical structure of the finding, and it turned out that the diamond-like gems were actually the mineral form of silicon carbide. In its natural form this mineral is extremely rare, found only in a few meteorites. It was named after its famous discovered, and still carries his name today – moissanite.

It is the second hardest naturally occurring substance on our planet, and one of the hardest known to man. Because of its extreme rarity, moissanite (and silicon carbide in general) is synthesised in the lab, and used for various applications, including jewellery. As a gem it is marketed as a comparable – and cheaper – alternative to diamonds. In fact, moissanites are actually more fiery (sparkly) than diamonds, although they tend to sport a tinge of colour. Because of the durability, beauty and affordability of this stone, more and more engagement rings these days are crafted with moissanites, not diamonds.

An engagement ring needs to be made to last, hence the reliance on durable materials. Sure, diamonds are forever, but moissanites are basically right up there. To me wearing something that is naturally born in the hearts of meteorites seems like a highly appealing prospect.