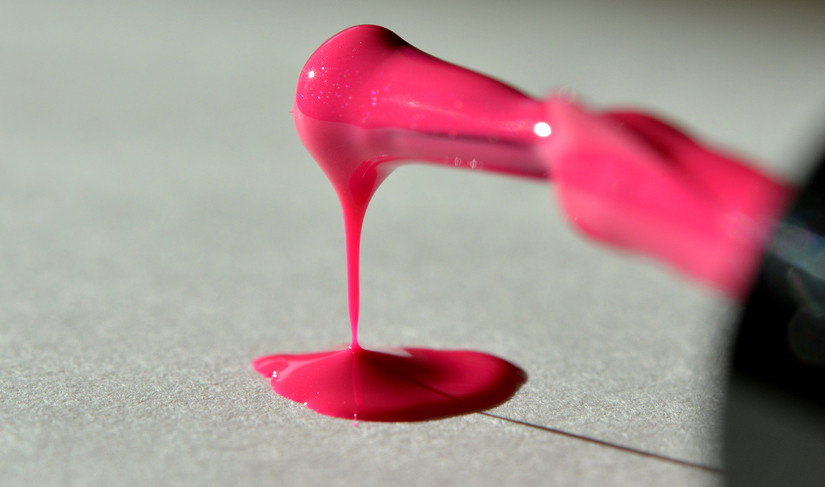 I don’t think I’ve polished my nails since the last time I mentioned it on here. Back then I wrote about the science of nail polish, describing the two ingredients that make it work the way it does – nitrocellulose and ethyl acetate. But there is more to nail polish than just two ingredients, and several of them are not all that peachy.

Even when it comes to consumer products deemed more or less safe, anything is dangerous when used excessively. Unfortunately there are many people who overdose on the chemicals in nail polish on a regular basis, because they have no choice – it is part of their job to do so.

Recently The New York Times published a two-part investigative series on the corrupt, broken and highly exploitative manicure salon industry in New York. “The Price of Nice Nails” is the kind of longform read that may very well change how you feel about certain things in the world. But the sequel, “Perfect Nails, Poisoned Workers,” is equally eye-opening. And it touches upon some of the other ingredients in nail polish that I did not mention. While the passage may read like something from a scaremongering leaflet, the facts do check out.

In scientific circles, the three chemicals in nail products that are associated with the most serious health issues are dibutyl phthalate, toluene and formaldehyde. They are known as the “toxic trio” among worker advocates.

Dibutyl phthalate, called DBP for short, makes nail polish and other products pliable. In Australia, it is listed as a reproductive toxicant and must be labeled with the phrases “may cause harm to the unborn child” and “possible risk of impaired fertility.” Starting in June, the chemical will be prohibited from cosmetics in that country. It is one of over 1,300 chemicals banned from use in cosmetics in the European Union. But in the United States, where fewer than a dozen chemicals are prohibited in such products, there are no restrictions on DBP.

Toluene, a type of solvent, helps polish glide on smoothly. But the E.P.A. says in a fact sheet that it can impair cognitive and kidney function. In addition, repeated exposure during pregnancy can “adversely affect the developing fetus,” according to the agency.

Formaldehyde, best known for its use in embalming, is a hardening agent in nail products. In 2011, the National Toxicology Program, part of the United States Department of Health and Human Services, labeled it a human carcinogen. By 2016, it will be banned from cosmetics in the European Union.

If taken out of context, such information could easily play into the hands of someone who already views the world through a chemophobic lens. Next thing you know, they’re binning all their nail polishes, and then telling all their friends to follow suit.

But it’s true that not all ingredients are benign, especially when manicurists are exposed to them every day for long hours over several years. Meanwhile, an occasional lick of paint at home will do no harm, because the amount of chemicals you get exposed to will be minuscule.

So, even though I like to have the occasional jab at chemophobia, it doesn’t mean that any substance is ok. Most important rule of thumb to keep in mind is that the dose makes the poison, but only science can determine what that dose is.

Update: Upon doing a review of this blog I realised I used day number 271 for two days in a row. Which means I actually wrote 366 science stories. Ooops. I’ve changed the title of this post to reflect my day counting error.