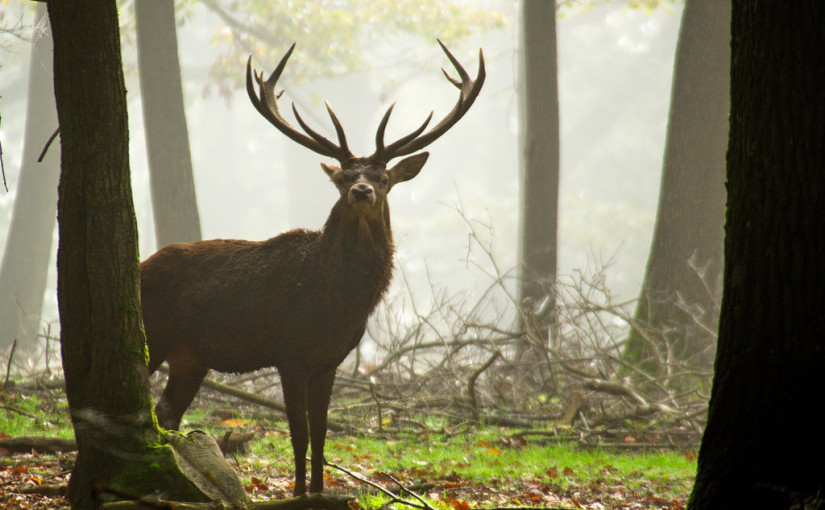 Add some wings, and you've got yourself a peryton | By Phil du Valois - Attribution-NonCommercial-NoDerivs License

When Jorges Louis Borges came up with the mythological half-bird, half-stag animal, he couldn’t have imagined that one day its name would be re-purposed in astronomy. The perytons, which escaped Atlantis when it was ruined, wander the world, casting not their own shadows but those of a man – until such time that they find a man and kill him.

Astronomer Sarah Burke Spolaor chose their name to represent an ambiguous signal detected by the Parkes radio telescope in Australia. She was sifting through old data sets, looking for what’s known as fast radio bursts (FRBs) – rare radio signal bursts believed to be originating from billions of light years away, although their sources are yet to be determined. Instead of FRBs, though, Burke Spolaor found something else instead – pulses similar to what she was after, but originating from somewhere nearby, on Earth. It wasn’t obvious what these signals could be coming from, so they received the mythological name of the peryton.

The mystery remained difficult to crack, because to discover their source, astronomers had to observe new perytons. This finally happened in January this year, and the source was finally tracked to be a microwave oven that is stopped by opening the door instead of waiting for the time to elapse. You probably saw this announced in some or other round-up of “wacky science news” once their findings were published in Monthly Notices of the Royal Astronomical Society this April.

Emily Petroff, astronomy PhD candidate at Swinburne University of Technology was the one who led this successful sleuthing mission, and you can read a full run-down of her story over at The Conversation. After giving a detailed and exciting account of the discovery, she goes on to remark how disappointing the media coverage was. Petroff explains how the whole story had nothing to do with aliens, or confused scientists – instead, it was a fascinating problem for researchers to crack, and highly satisfying once they had done so.

Most of the media coverage about this work has centred around “baffled scientists” and “alien signals from space” in a way that makes astronomers sound like puzzled boffins who thought they’d found something Nobel prize-worthy that ended up coming from next door.

Indeed in some cases it was sufficient to copy and paste a previous headline and article but add the word “aliens” a few more times for good measure. It became clear that the majority of writers had never read our paper or taken time to properly represent our science, an unfortunate and frustrating outcome.

Alas we were never looking for extra-terrestrial life, studying alien signals or confusing astronomy with gastronomy. We always knew perytons were coming from nearby and the real fun lay in putting all the pieces together to solve the puzzle.

Which leads me to conclude that only people who read really crappy science reporting would think that astronomers are so dumb they would attribute terrestrial radio signals to aliens.