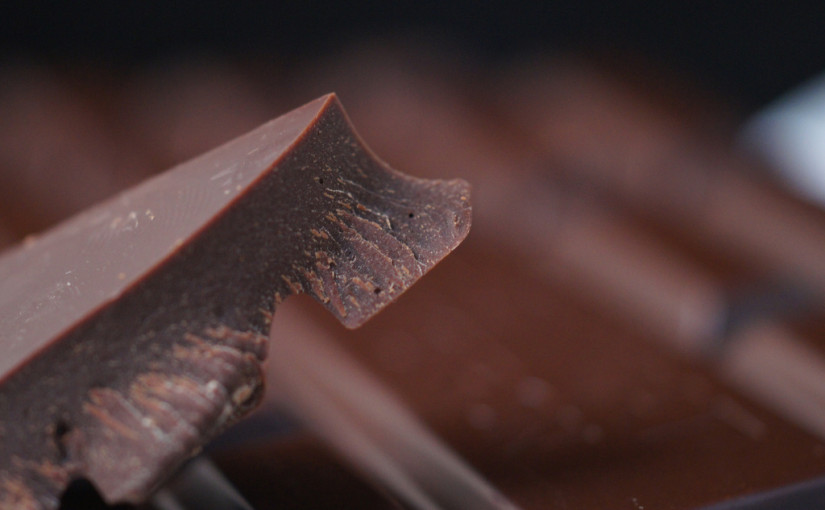 There might be quite a few journalists out there who are currently ashamed. Or at least they should be.

Earlier this year, a really shitty study made the media rounds. With a tiny sample size, no peer review in a questionable journal, and poor statistical methods it concluded that dark chocolate aids weight loss. The text of the paper, which is still available online, contained red flags such as “High cocoa content chocolate could be the key to solving the biggest problem of all nutritional interventions” and “To represent the disproportionate number of female dieters in the general public, two-thirds of the participants were female, and one-third male” (no citation).

But this time it wasn’t just poorly done science. It was calculated fraud, done by a journalist named John Bohannon, who posed as the lead author of the study:

“I got a call in December last year from a German television reporter named Peter Onneken. He and his collaborator Diana Löbl were working on a documentary film about the junk-science diet industry. They wanted me to help demonstrate just how easy it is to turn bad science into the big headlines behind diet fads. And Onneken wanted to do it gonzo style: Reveal the corruption of the diet research-media complex by taking part.”

As the film is now close to screening, Bohannon has just published a long reveal of this scheme over at i09. Do read it.

Ultimately it exposed what science journalists and other science-literate folk are hardly surprised about – a lot of reporters don’t know squat when they do stories that involve an actual research paper. The bogus chocolate weight loss paper made the front-page of newspapers, and even ended up on breakfast telly, and as far as Bohannon is aware, not a single reporter bothered to get in touch with an outside expert who wasn’t involved in the study. Most of them just copied the sexy press release posted on the website of a fake institute. The bullshit even slipped past at least one fact-checker.

It’s so shameful I just can’t quite comprehend the scale of incompetence with which some people do their jobs.

Particularly when it comes to big claims, or surprising results, this is one of the cardinal rules of science reporting. Get an expert without vested interests to read the paper and let you know what they think.

And for reporters who don’t have science chops, as soon as they tapped outside sources for their stories—really anyone with a science degree, let alone an actual nutrition scientist—they would discover that the study was laughably flimsy. Not to mention that a Google search yielded no trace of Johannes Bohannon or his alleged institute.

The reveal stirred up quite a few emotions for me, and almost all of them, except for slight amusement at how successfully this was pulled off, are negative.

I’m ashamed that now there will be more people out there who believe this fraud confirms their opinion of journalists as lazy and ignorant – for example, see some of the comments under this article. A lot of us are really hard-working folk who care about the facts, and science, and getting it right. But it’s also true that such journalists often are not the ones who face the daily pressure of churning out up to five stories, and hence have the “luxury” to take the time to report properly.

I’m also disappointed that such a bullshit story got to be featured on TV when a lot more genuinely amazing science gets ignored every day. Not to mention that this may also negatively influence how the public sees science, although perhaps at this point I’m overreacting.

And I’m concerned that most of the publish-happy publications who ran the story won’t learn anything from this, and certainly won’t run a correction, although it’s a bit too soon to tell and I hope I’m wrong on that one.

At first I thought this was an excellent little trick that would potentially teach a lesson to unscrupulous media folk, but now I’m wondering whether it’s actually just a bit reckless. Do you have an opinion on this? And while we’re at it, is the paper going to be retracted?

One thought on “The great diet chocolate fraud | Day 284”