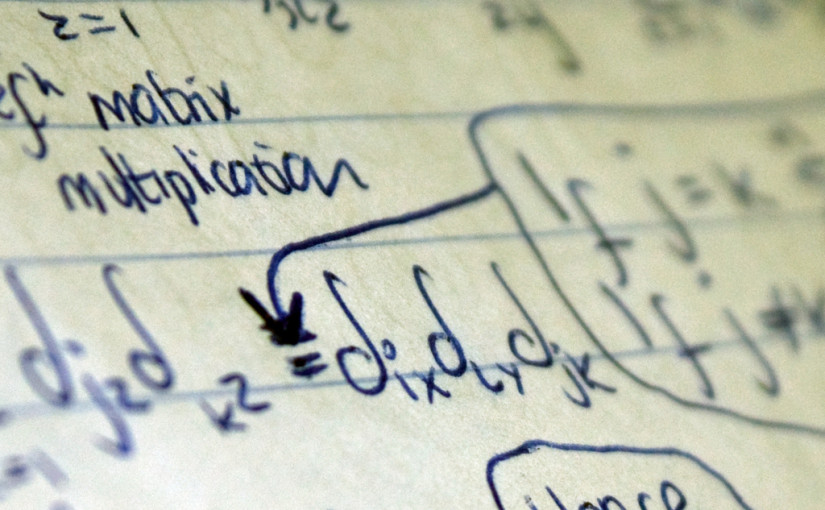 At school, I was pretty appalling at maths. I don’t remember the moment when I started detesting the subject, because I most certainly wasn’t conditioned or enculturated to do so. But running numbers in my head was difficult, and calculators in class were not allowed, ever. When we were introduced to algebra, I thought it was the best thing ever, because now all of a sudden there were letters instead of numbers, and everything consisted of formulae – like logical rules that you could apply for figuring things out, and do so without trying to run complex chains of calculations in your head. But, as it were, soon enough we had to start applying those formulae to actual numbers, and I was back into that trap of just making too many number mistakes, and falling behind and, eventually, giving up on my maths ability altogether.

So naturally I was quite enraptured when this morning I turned on the radio to hear an enthusiastic voice talk about mathematics and baking, and how many things in mathematics can be explained with food. The voice belonged to Eugenia Cheng, senior lecturer in pure mathematics at the University of Sheffield in UK. She was being interviewed in relation to her new book “Cakes, Custard and Category Theory”. It has recipes, it has puzzles, and culinary analogies that explain maths, and I am so going to buy a copy, because I think I’m finally ready to overcome my “maths phobia”.

You can listen to the whole interview here on ABC’s website. Her enthusiasm is infectious, and my first thought was – if only someone like that had taught me maths at school…

You know, she’s probably right. I definitely want to try and appreciate maths now. Let’s see how I go.