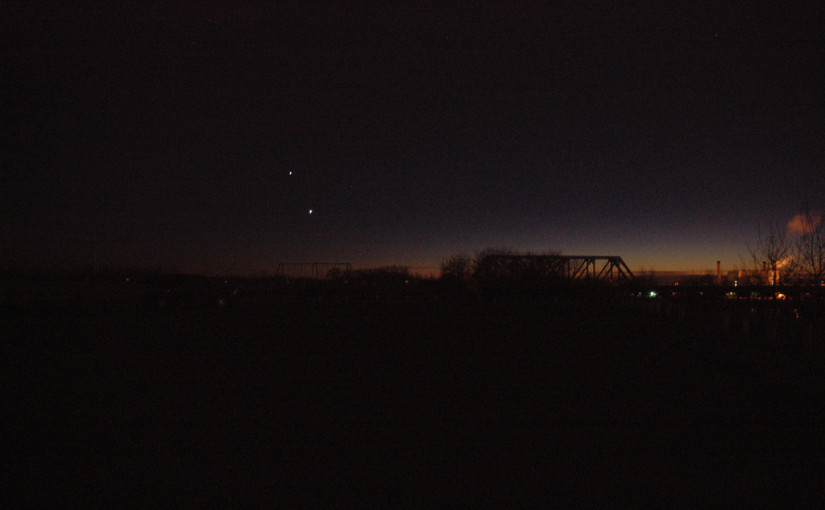 Jupiter and Venus in 2008 | By Space RitualAttribution-NoDerivs License

I actually missed it. I’ve been noticing Jupiter and Venus in the night sky for the past couple weeks now, and yesterday the two were starting to look pretty snug, but today I was getting home from work so late I forgot to look up.

Of course, Venus and Jupiter haven’t been physically moving closer to each other. However, from our vantage point, particularly in the southern hemisphere, the two planets have appeared in the closest conjunction we’ve seen in more than a decade. This little infograph from The Conversation explains what a conjunction is.

Now, because I actually missed the peak of it, I didn’t snap any photos. But here are some from the lovely folk on Twitter.

Speaking of planets, here’s Jupiter and Venus from a few minutes ago. They’re less than 1.5° apart! pic.twitter.com/WUVMmeK5KJ

My fav shot from last night … Venus and Jupiter with moons! By Geraint Smith in Taos, NM. http://t.co/RKbW03R1Oi pic.twitter.com/VIkiqrKK7d

Check out those Galilean moons!