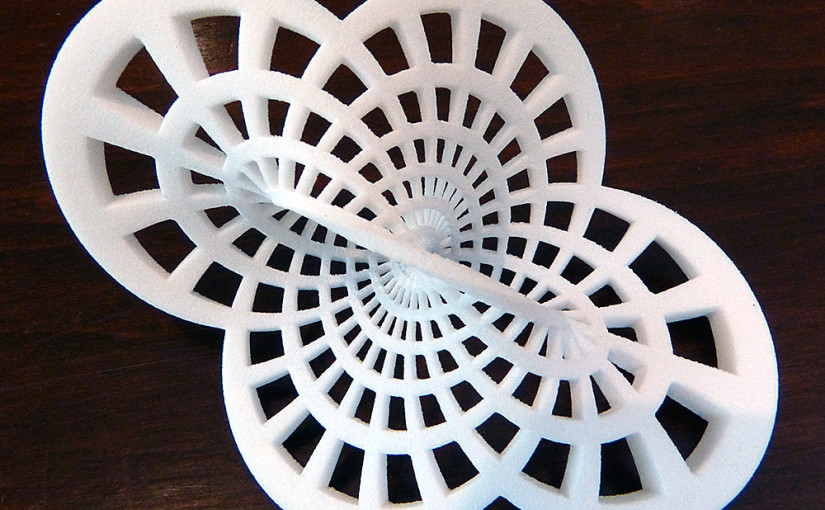 Henry Segerman is an assistant professor in mathematics – he researches 3-dimensional geometry at Oklahoma State University. Far from being a dry numbers guy, Segerman is also an artist; more specifically, a mathematical artist. He’s done many things – Escheresque photography manipulations, gheometry-inspired supltures and architecture in the MMO Second Life, typographical art… he’s even design book covers, and all of this work you can explore on Segerman’s website.

“The kind of mathematical art I do is about taking an abstract mathematical idea, and illustrating it – drawing (or 3D printing) as accurate a picture of the thing as possible,” he explained to me in an email. “If the idea is relatively simple, then the resulting illustration is often aesthetically pleasing, particularly if we can preserve some symmetry of the initial abstract object.”

I chose to feature one of his many 3D printed sculptures – tangible artworks designed in collaboration with mathematician Saul Schleimer.

The item you see above is a ’round Möbius strip’. I asked Henry to explain what that is, and he happily obliged: 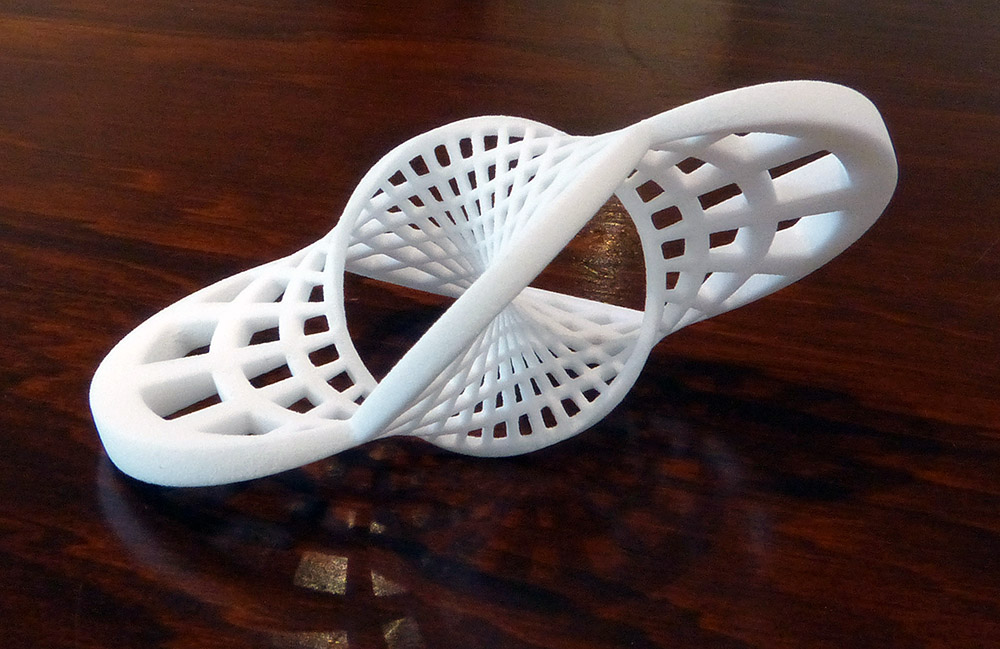 How does one design a piece like this? “I use the 3D design software Rhinoceros, together with its Python scripting interface,” says Henry. A 3D printer then becomes the perfect tool for bringing a shape like this to life; in fact, as many of them as one likes.

But creating these pieces is not just throwing together a bunch of mathematical concepts – aesthetics play a role, too. “Not everything comes out looking good,” Henry explains. “Sometimes we have to play around with a mathematical idea for a long time, trying to find a good way to show it. But usually we find some way to make it work in the end.”

You can see many more of Henry Segerman’s 3D sculptures – and buy them, too – over at his Shapeways store. And here’s a neat video explanation of the sculpture I’ve featured.

Many thanks to Kibrika for the inspiration to feature Segerman and Schleimer’s work.