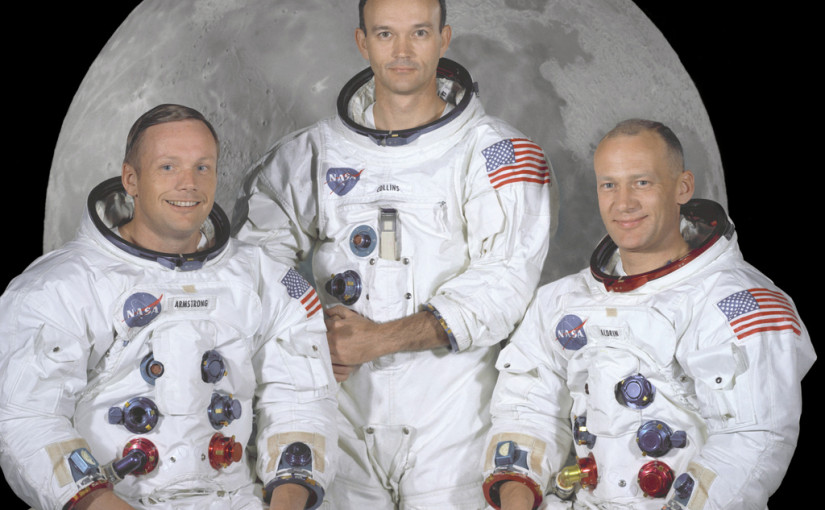 By NASA on The Commons

Nearly everyone knows the name of the man who first stepped foot upon the surface of the Moon – it’s Neil Armstrong, the pilot turned astronaut who spoke little, but achieved some incredible feats.

I recently saw a documentary about Armstrong’s life – from childhood in Ohio, to his days as a young and wildly talented test pilot, all the way to the moment when he stepped down the ladder of the Moon landing vehicle, as well as the maddening, dizzying aftermath of the successful Apollo 11 mission. I learned many things I hadn’t previously heard about Armstrong’s biography, in particular the fascinating and insane media attention that understandably followed once the three men returned to Earth.

In fact, the attention was so intense that the quiet, reserved Armstrong struggled to deal with the pressure of being an unprecedented celebrity. In fact, he withdrew from public life after a while, retiring to a quiet professorship at a university. Meanwhile the outgoing Buzz Aldrin relished all the attention, and continues to enjoy it to this day.

Which got me thinking whether he might have been a wiser choice for the “first man on Moon” title.

But I’m not sure I have a firm opinion on this question – what do you think?