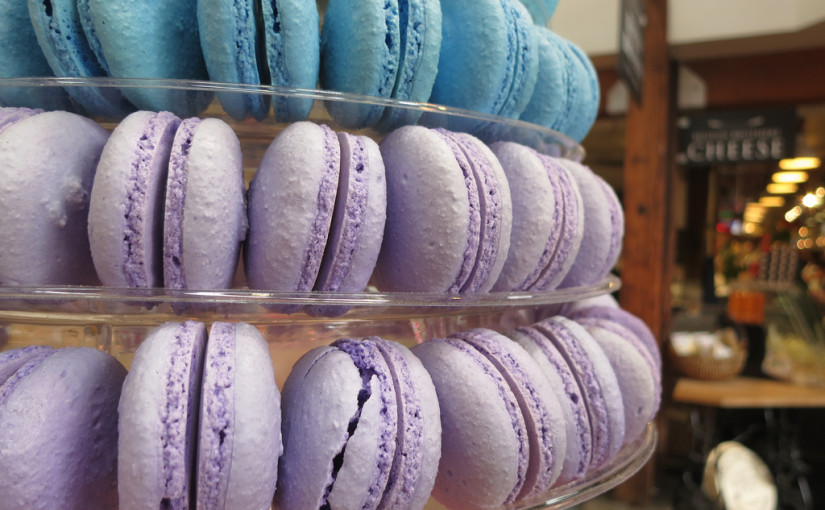 By Ruth and DaveAttribution License

Ever notice how some eateries have more pleasant lighting than others? It often seems to correlate with price range, too – lino floors and daylight bulbs being reserved for the less fancy establishments while more trendy places sport incandescent bulbs and exposed brick walls. Of course, interior doesn’t necessarily reflect the quality of the fare – but it may very well shift how we think and feel about it.

Food perception research has suggested that lighting can change one’s perception of the food they’re presented with – similarly to the coffee mug colour effect. It turns out it can even influence how much or little you will eat, adding yet another item to the massive list of subtle and not-so-subtle factors that determine our relationship with consumption.

Before I proceed, the usual warning flag of ‘this is a small study with a tiny sample size’ should be deployed. However, I think the effect is still interesting enough to discuss. A team of psychology researchers at the University of Arkansas found out last year that shining a blue light onto food decreases the amount consumed – but not for everyone; they published their results in the journal Appetite.

The experiment was quite straightforward – the researchers already knew of studies showing that people find food items more appealing if they’re presented under a yellow light, and less so if the lighting is neutral white or even blue (restaurateurs, take note). It’s hypothesised that this has to do with the fact humans don’t eat a lot of naturally occurring blue foods, and that blue light also distorts colours, making the food less readily identifiable. The team wanted to put this perceptual difference to the test, but also added in an extra factor – potential gender differences.

They recruited 112 participants who checked out as normal on colour vision, taste, and smell tests.  The 62 men and 50 women were then randomly divided into three groups and presented with little ready-made omelettes and mini pancakes, two standard staple breakfast foods. The participants had to come into the lab on an empty stomach and sit in specially equipped booths to eat their breakfast. Depending on the assigned booth, the lighting was either yellow, white, or blue.

The food wasn’t appetising to begin with, if you ask me – but the blue lighting did it no favours. Participants were asked to rate the ‘hedonic impression’ – how appetising it looked – of the meal, as well as their willingness to eat, and the impression was diminished under blue lighting. However, the poor people had all been starved for the past 12 hours, so their ‘willingness to eat’ wasn’t impaired.

Still, after finishing their bland-looking microwave meals of awful, and rating the flavour, post-meal impression, and fullness, it turned out that men who had been served in the blue booths had finished less of the portion than women in blue booths – who, as you remember, did also find blue food less appetising.

The researchers stress that there are limitations to this study, so we shouldn’t go crazy with interpretations that blue light is the new diet solution. For one, remember the tiny sample size. The reason for gender differences might be due to women having a better sense of smell – an aspect which plays a large role in how we taste our food. Even so, the gender discrepancy in food consumed is difficult to explain, because lighting had no effect on how the food tasted, based on participants’ responses.

Bottom line? Would be great to see the effect replicated in a large study with the same methodology. And see whether serving somewhat nicer food to psychology study participants would change the results, because ready-to-eat omelettes shouldn’t even exist. Not even on aeroplanes.