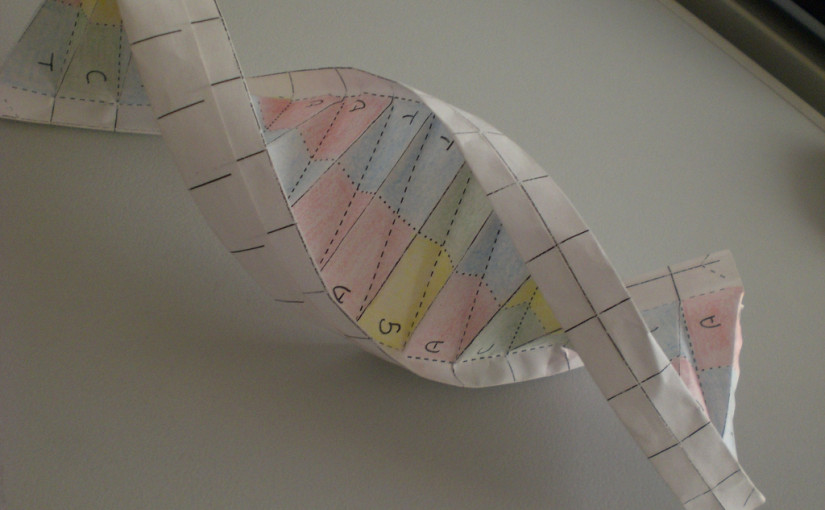 By Petra B. FritzAttribution-NoDerivs License

You may already be familiar with the term ‘epigenetics’. If not, nearly a year ago I wrote about it on this very blog – there’s a video back there which will explain it neatly.

In short, the environment can influence our genetics, and this relationship is complex, and has its own name, ‘in addition to genetics’. These effects are limited to the individual, and the underlying DNA doesn’t get changed in a heritable way – usually. However, even if environmental factors only influence one generation, in extremely rare cases an epigenetic trait can be passed down to offspring; this has largely been demonstrated in mice, although no such epigenetic changes have yet proved to be permanent.

So, if there exist fleeting changes to our genetics thanks to environmental influences, where does that leave evolution?

Just where it was before. As Adam Rutherford wrote in a recent The Guardian article, “[c]reationists cite epigenetics to assert that Darwin was wrong, and that epigenetics may show Lamarckian evolution – that is, acquired during life. .. New age gurus such as Deepak Chopra cite epigenetics as a way of changing your life, under the false supposition that genes are destiny, and epigenetic changes brought on by lifestyle choices such as meditation “allows us almost unlimited influence on our fate”.”

Can we dramatically change our lives via the power of this phenomenon? As usual, it’s all nonsense – just as you should be wary of people who claim that ‘quantum fluctuations’ have changed the fancy water they’re peddling, you also shouldn’t listen to anyone who uses ‘epigenetics’ as an explanation for anything but, well, epigenetics.

As Jeffrey Craig explains in a commentary to the Ruderford piece, “[w]e are products of nature via nurture. Our genes and environments interact,” but by no means have figured it all out, and the research of epigenetics is far from settled. Craig also thinks that the public is intelligent enough to spot when a snake oil salesman is using a scientific term to obscure the true bullshittery that is their claim; however, I wouldn’t be so optimistic, because scientific-sounding words carry a certain authority. Unless you’re familiar with the topic, how are you supposed to know that epigenetics is not “your consciousness creating your biology”?

Because it’s really not. People say a lot of dumb things, but often they want to sound sciencey when they do it – and we shouldn’t let them get away with it. Consider this another public service announcement of a skeptical bent.