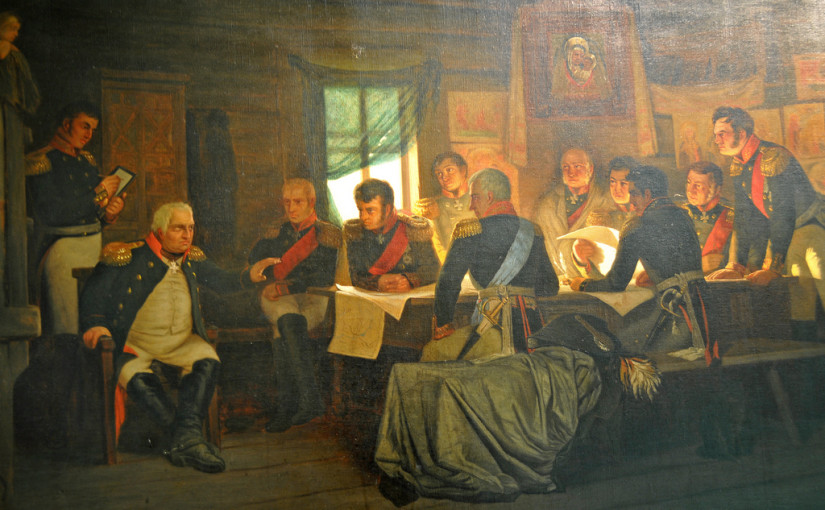 It’s not often that a contemporary neuroscience paper published in the Journal of Neuroscience reads like a chapter from a captivating history book. However, the freely available paper titled Two bullets to the head and an early winter: fate permits Kutuzov to defeat Napoleon at Moscow is exactly that. Published earlier this week, it’s a detailed investigation of the brain injuries and subsequent medical treatment received by the legendary Russian military officer Mikhail Illarionovich Golenischev-Kutuzov.

Kutuzov is widely known for driving Napoleon out of Russia after French invasion in 1812. He’s one of the legendary heroes in Russian history, touted as a saviour of the country, and a vital historical figure who helped change the course of European history. On top of that, he was also regarded a medical miracle, having survived two bullet wounds to the head back in 1774 and 1788 during the Russo-Turkish War.

There is much confusion in the historical literature on the exact location and extent of Kutuzov’s head injuries, but it has been thought that both bullets, 15 years apart, entered at the temple and wreaked havoc near the eyes. Now the team of neuroscience and history researchers who pieced together the evidence from various sources in Russian and French, have unearthed evidence that the first bullet in 1774 injured Kutuzov’s frontal lobe, causing his later erratic behaviour, which nevertheless was part of the success which helped him repel Napoleon’s advances in Russia.

Furthermore, the French surgeon Jean Massot, appointed Doctor General of the Russian armies, was an expert in head injuries, and successfully treated Kutuzov in 1788. “We wanted to find out what really happened and basically identify this surgeon who saved Mikhail Kutuzov,” said lead author Mark C. Preul from Barrow Neurological Institute. “Massot’s facts were somewhat buried. He is at the vanguard of surgical technique. He uses incredibly modern techniques that we still use today.”

The authors remarked that it’s a story of how medicine changed the course of civilisation – and it’s a pretty good story, too. I highly recommend it.