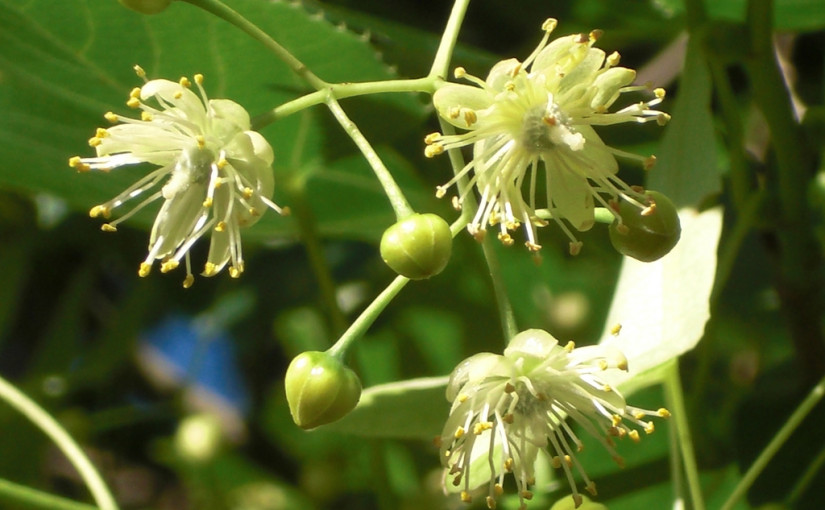 People like quests. Some quests are smaller, like choosing the perfect lamp for your living room, or finding a soap that meets your needs. Others are large and sometimes overwhelming, and often deeply personal, and not necessarily completed once the person’s life is over.

I have a quest, too – albeit it’s not a large and overwhelming one. For some years now I’ve been trying to find the perfect linden blossom scented perfume. The smell of linden blossom is my absolute favourite, but it’s a rare choice in the perfume world, so I am still looking for a bottle of it that I can wear.

I grew up on a street with an exceptional amount of linden trees, and to this day there is something magical about summer nights in early July when the scent drifts through the bedroom window; I get inadequately excited if I’m walking through a strange city and suddenly catch a whiff – which in European cities in summertime can happen quite often.

Our sense of smell isn’t just for finding out what tastes good and what’s rotten; it also has a powerful emotional component. Still, despite the many claims of aromatherapy practitioners or the cosmetics industry at large, there are no universal “feel good” smells. It’s a matter of acquired preference, taste, culture, and one’s personal history. There are plenty of people who would be completely indifferent to linden, while going crazy over roses or gardenias.

As smell researcher Pam Dalton tells science writer Emma Young over at Mosaic Science, every one of us has “something in the olfactory world that might make us very, very happy or feel really good – it’s just that it’s really difficult to generalise the positive ones to large groups of people.” Common aromatherapy staples such as lavender and vanilla spring to mind, but Dalton thinks that happy associations or memories are more likely to contribute to a positive effect than any underlying biological connection – lavender isn’t loved universally, while vanilla might be viewed more positively because a lot of European people put it in cakes.

Her advice, if you want to use scent to improve your mood, is not to go for a fragrance or candle-making company’s claims of which combinations are most relaxing but to “find something you associate with something very positive – and that will be the one that has the most potent effects for you”.

That makes a lot of sense, and is exactly why right now I have a bottle of linden blossom body lotion in my suitcase.1

If you’re also fascinated by the emotional power of smell, head over to read about What the nose knows.