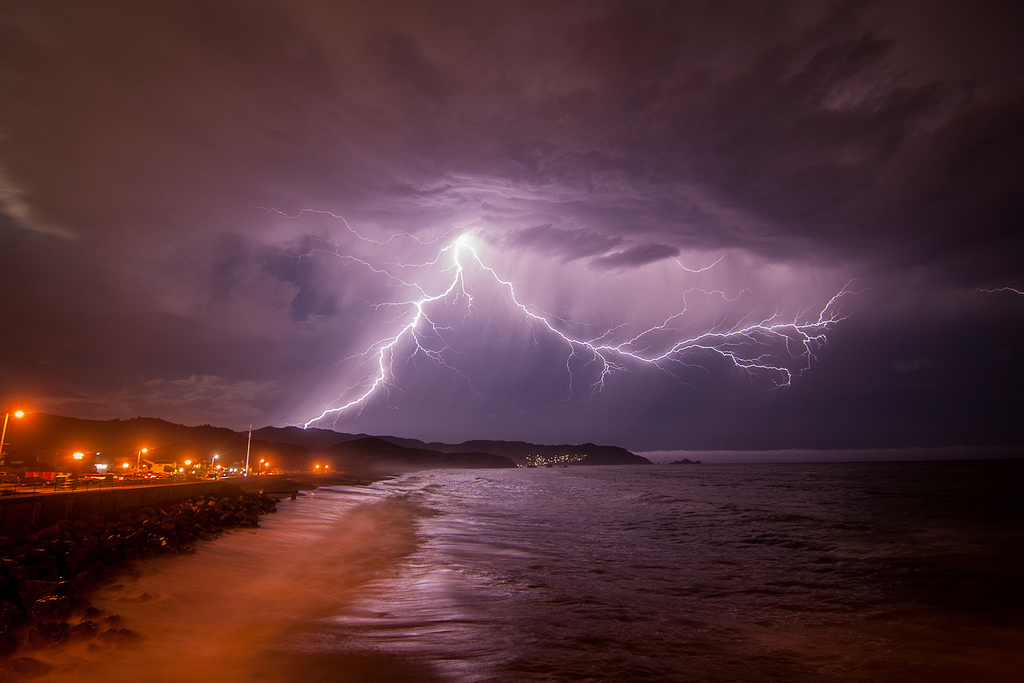 Ah, to be somewhere in the countryside with a panoramic view of the skies, and then to watch a lightning storm — the sight, the smell and the sound, peppered with microseconds of blinding illumination which you can never predict.

Knowing that lightning is an electrostatic discharge of the same kind that pricks you when you take off a woolly jumper, it’s interesting to think about the scale of it.

For example, the fact that the electrical impulse that creates lightning by travelling from the clouds to the ground can go as fast as 220,000 km/h.

Or the fact that an average lightning stroke could operate a 100-watt light bulb for three months straight.

Lightning is also extremely common — about a 100 lightning strikes happen around the Earth every second, although only about 20 per cent of those touch the ground, the rest being discharges between clouds.

Most impressively, lightning is ridiculously hot – an average of at least 20,000°C. That’s almost four times hotter than the surface of the Sun. Incidentally, this very heat is what causes the sound of thunder. The incredibly high temperature heats the air surrounding the lightning bolt to plasma temperatures so quickly, the air expands so rapidly it creates an audible shock wave.

And the smell? That’s ozone, produced after atmospheric nitrogen and oxygen have been split into single atoms, recombined into nitrogen oxide and then reacted with the atmosphere once more.

Told you lightning was interesting.