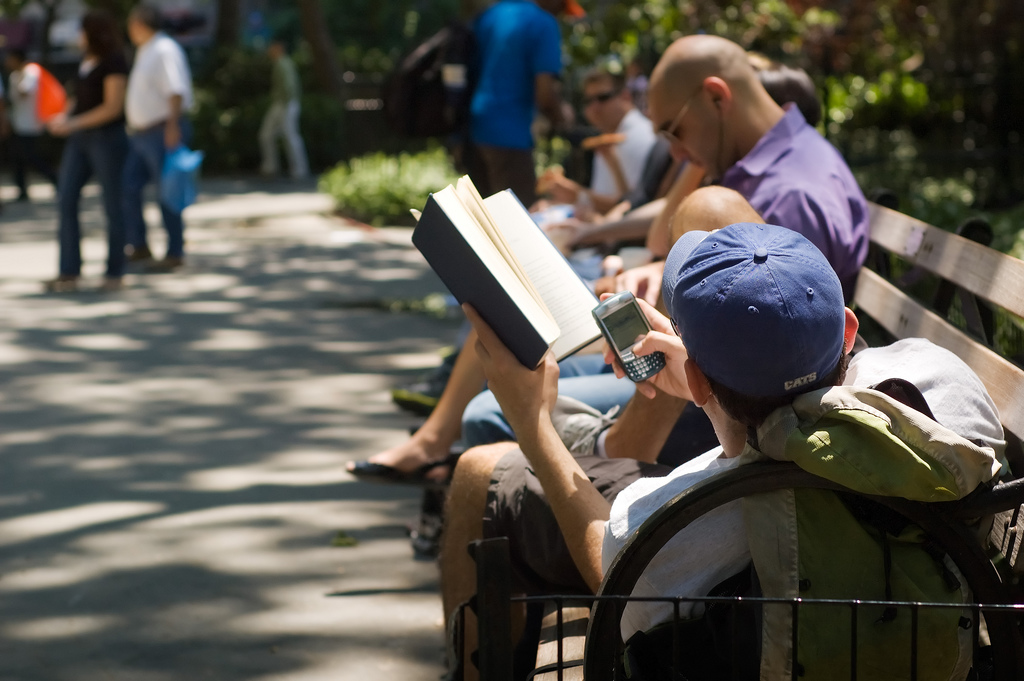 Today was one of many exercises in multitasking, and probably will sound familiar to some of those who are lucky to work from home — send out some story pitches, plant the impulse-bought tomato seedlings, tidy up that mess of a desk, and exercise, and this, and that, and answer these emails and check Twitter while I’m at it.

What’s interesting is that multitasking might not actually be a thing. Some neuroscience and psychology research claims that the brain can only attend to one intelligent task at a time, and any attempt at processing simultaneous stimuli will end up getting stuck in a ‘bottleneck.’ This is known as the ‘single channel hypothesis.’ For example, try writing and holding a conversation at the same time, or listening to song lyrics. Chances are you’ll perform better at one of those things than if you had attempted each separately.

In psychology experiments focusing on this matter involve some fun tests. The technical term is ‘dual-task interference,’ and under this paradigm people are asked to try and perform all kinds of things simultaneously, often with frustrating results. A typical one involves alternating between numbers and letters when instructed to write things down.

Try this: take a sheet of paper and draw two horizontal lines. On the top one, write down the first 16 letters of the alphabet. On the bottom one, write down a number sequence from 1 to 16. For extra fun, run a timer to see how quickly you could do it.

Easy, wasn’t it? Now, draw two more lines, but this time, instead of writing the letter sequence and then writing the numbers, alternate between the two, letter by letter: A – 1 – B – 2 etc. Chances are, you’ll do much more slowly this time.

This may be an extreme example, but it does illustrate a recommendation on multitasking that you see floating about: don’t switch too much between tasks, because you will perform each individual one less efficiently. However, if you checked Twitter twice during this blog post and have now returned here after reading two other tabs, congratulations, you’ve just engaged in ‘continuous partial attention’. It’s not the same as multitasking, they say.

One thought on “No such multitasking | Day 26”