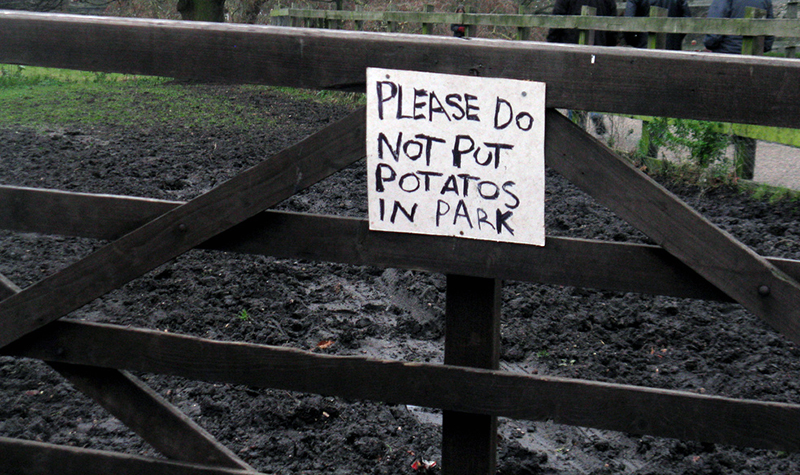 This week the US Department of Agriculture (USDA) approved a genetically engineered potato for commercial planting. The genetic modifications of this tuber make it resistant to bruising which commonly happens to potatoes in storage, leading to produce loss.

Another potential benefit is that these spanking new potatoes contain significantly smaller amounts of asparagine, an amino acid that turns into acrylamide at high temperatures, such as deep frying. Acrylamide has been flagged as a potential human carcinogen, even though currently it’s not clear whether we should be too worried about ingesting it, as long as our diet is balanced and sensible.

The company who worked on these ‘Innate’ potatoes for over a decade is called J. R. Simplot, and they produce a lot of fries back in the US. This USDA approval has taken over a year in processing, and the company also voluntarily submitted their produce to the Food and Safety Authority for assessment. Aspects such as cross-pollination, need for special pesticides, nutritional testing, potential allergens and other perceived GM food risks were all examined. The technology used, known as RNA interference, didn’t even involve using other organisms, just a bunch of different potatoes. The modified traits of the final product come about via silencing certain genes.

But you know what, it’s all just not good enough. Activists who oppose genetically modified crops, such as the American non-profit Center for Food Safety (CFS), will tell you that the risks were not properly assessed:

We simply don’t know enough about RNA interference technology to determine whether GE crops developed with it are safe for people and the environment.  If this is an attempt to give crop biotechnology a more benign face, all it has really done is expose the inadequacies of the U.S. regulation of GE crops.  These approvals are riddled with holes and are extremely worrisome.

Notice the quick move from a scientific debate about technology to politics. Of course, appealing to ignorance is always a favourite with people who have an ideological agenda to push:

A number of studies over the past decade have revealed that genetically engineered foods can pose serious risks to farmers, human health, domesticated animals, wildlife and the environment. Despite these long-term and wide-ranging risks, Congress has yet to pass a single law intended to manage them responsibly. The haphazard and negligent agency regulation of biotechnology has been a disaster for consumers and the environment. Unsuspecting consumers by the tens of millions are purchasing and consuming unlabeled GE foods, despite a finding by U.S. Food & Drug Administration scientists that these foods could pose serious risks.

Do we really not know whether GE foods are safe or not? You’d think in the several decades since their inception we would have figured shit out. I mean, look at things like cancer research, we seem to be going in strides. But with food safety, it is never good enough, is it.

Actually, it is. Just this year a team of Italian scientists published a comprehensive review of all the scientific literature on GE crop safety over the past ten years. “The scientific research conducted so far has not detected any significant hazards directly connected with the use of GE crops,” they concluded.

A detailed overview of this report on the Genetic Literacy  Project confirms once again that genetic engineering of crops is indeed one of the most analysed subjects in science:

A popular weapon used by those critical of agricultural biotechnology is to claim that there has been little to no evaluation of the safety of GM crops and there is no scientific consensus on this issue. Those claims are simply not true. Every major international science body in the world has reviewed multiple independent studies—in some cases numbering in the hundreds—in coming to the consensus conclusion that GMO crops are as safe or safer than conventional or organic foods, but the magnitude of the research has never been evaluated or documented.

Meanwhile, advocates like the aforementioned CFS have a track record of saying things that are not true. When ideology trumps science, we end up with scaremongering over what seems like a completely decent new variety of spuds.

Do you have a good, evidence-based reason to reject genetically engineered crops, or are you simply on the “it’s unnatural” bandwagon? It’s always a good idea to examine your beliefs. And if you’re really worried about food safety, here is a list of real issues.