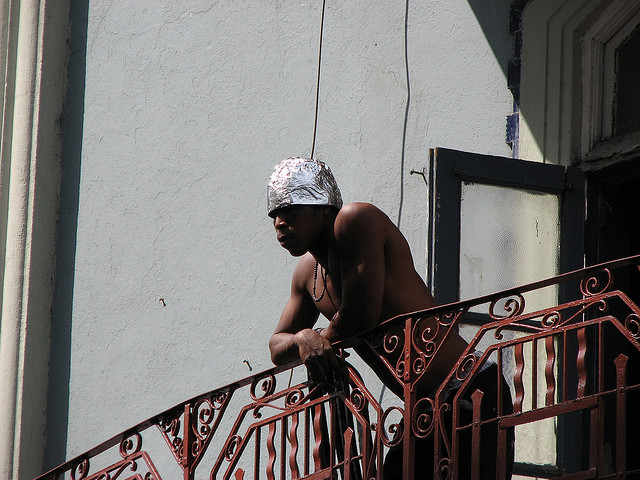 Last year two psychology researchers at the University of Kent carried out a study with an aim to test the hypothesis of the “conspiracist worldview” – an idea that people who believe conspiracy theories subscribe to a belief system that is conducive to conspiratiorial thinking in general, with particular emphasis on opposition to official narratives. In this view, as the researchers write in the study, “conspiracy belief is not about believing in particular alternative theories, but in disbelieving in whatever the official story is.”

Rather than using a survey, the psychologists examined a sample of 2174 news website comments, grouping them into ‘conspiracist’ and ‘conventionalist’ attitudes. The selected topic was 9/11 conspiracies, and comments were selected based on whether they contained arguments that were meant to be persuasive (as opposed to simple insults, verbatim quotes from other websites and similar noise). The researchers made several predictions that aligned with their hypothesis, one of them being that conspiracist comments were likely to focus more on refuting official explanations instead of proposing their own.

The results generally aligned with the predictions made. Firstly, “conspiracist comments expressed more favorable opinions about unrelated conspiracy theories than conventionalist comments did.” Previous research has yielded similar results, so this wasn’t much of a surprise. The central prediction was confirmed as well:

“Most notably, and in accordance with the idea that opposition to officialdom is a major component of the conspiracist belief system, conspiracy advocates showed a tendency to spend much more time arguing against the official explanation of 9/11 than advocating an alternative. [..] This pattern of results supports the idea that conspiracy theories have their basis more in opposition to officialdom than in beliefs in specific alternative theories.”

It’s an interesting paper, and involved a lot of work to put together. The conclusion fitted in with a long line of previous research adding to the confirmation of a “conspiracist worldview” hypothesis:

“In general, conspiracy belief is not based around specific theories of how events transpire, though these may exist as well. Instead, conspiracism is rooted in several higher-order beliefs such as an abiding mistrust of authority, the conviction that nothing is quite as it seems, and the belief that most of what we are told is a lie.”

A tale of two studies

This is only one part of the story. I stumbled upon this paper from a very different perspective at first. We’ve all been there. Every now and then we wander into the disappointing part of the internet, and emerge feeling somewhat less happy about fellow human beings.

One of the findings in the study was that conventionalist comments tended to have a more hostile tone than conspiratorial ones. The authors were not surprised by this finding, although they stressed there is a caveat, too:

“As 9/11 conspiracism is by and large a minority viewpoint in the West, this makes sense: conventionalists, rather than focusing on presenting novel information, instead attempt to enforce conformity to the majority viewpoint. [..] we specifically excluded comments that consisted solely of threats, insults, or ridicule. As such, although we cannot say with certainty that conventionalist comments are more hostile on average than conspiracist comments, we can say with some confidence that this is true among comments that also contained some amount of persuasive content.”

But trust a wacky news outlet to take this research and turn it on its head. Starting with the headline: “Scientific study reveals conspiracy theorists the most sane of all.” According to this article, the researchers were surprised to learn that there were more conspiratiorial comments than conventional ones. They weren’t. It goes on to stress the hostility of the conventional comments, making it the highlight of the study. It wasn’t.

And then the article puts some words in the mouths of the researchers:

“The researchers said that, according to the anti-conspiracy holders, their own theory of 9/11 — one which says 19 Muslims, none of whom could fly commercial airliners with any proficiency, pulled off an amazing surprise attack under the direction of a man on dialysis (Osama bin Laden) who was living in a cave somewhere in Afghanistan — is unwaveringly true.”

Nope. Not a word of this in the paper. Unfortunately, it gets even worse:

“In short, the new study by Wood and Douglas suggests that the negative stereotype of the conspiracy theorist – a hostile fanatic wedded to the truth of his own fringe theory – accurately describes the people who defend the official account of 9/11, not those who dispute it.”

Scientific research is vulnerable to misrepresentation, but it’s lucky that this time the paper is freely available online, and you can also read a simple summary of it on the researchers’ blog.

Meanwhile, whatever you do, stay away from outlets whose reading of science is as creative as that quoted above. Stay away, because the dumb, it burns.