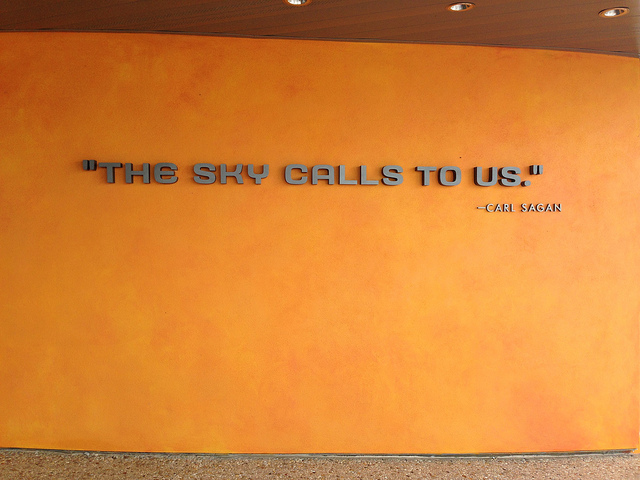 You may have seen that sci-fi film in which Jodie Foster stars as a brilliant and gutsy SETI scientist who comes into contact with extraterrestrial life. It’s an inspiring movie, and one of those rare cases when I thoroughly enjoyed both the book and its screen version.

It was the only novel Carl Sagan ever published but, as many of the other things he did in his life, it is excellent. Incidentally, Contact was also the first written work in which the term ‘scientific skepticism’ emerged:

“You’re uncomfortable with scientific skepticism. But the reason it developed is that the world is complicated. It’s subtle. Everybody’s first idea isn’t necessarily right. Also, people are capable of self-deception.”1

Carl Sagan was a distinguished astronomer and astrophysicist, and made many valuable contributions to the fields he worked in, including astrobiology, planetary science and cosmology.

But his scientific legacy is often eclipsed by the fact that he was, in fact, one of the greatest science advocates of all time. These days idolising Sagan as the source of your science communication aspirations is almost considered cliché, but I don’t care. The world needs more of the infectious sense of wonder and curiosity that people like him could bring along.

If you already know who Carl Sagan is, I don’t need to go on. You already know that he hosted the original Cosmos TV documentary series,  was involved in creating the Voyager Golden Record, authored some of the most engaging popular science books, and received numerous awards for his writing, advocacy, and scientific work.

On the other hand, if you’ve never heard of him before, start by acquiring a copy of Sagan’s book The Demon-Haunted World: Science as a Candle in the Dark. It’s a terrific read; I’d love to hear your thoughts if you pick it up.

I do think there is one person who doesn’t always get enough mention when Carl Sagan is talked of, and that’s Ann Druyan, his wife (and widow). They were married for nearly two decades, and their long-term collaboration and co-authorship was key to many of the most widely known projects, including the initial story for Contact,  which eventually came out less than a year after Sagan’s death. His own recognition of Ann was ever-present:

“I have learned from her more than I can say. I know how lucky I am to find in the same person someone whose advice and judgement, sense of humor and courageous vision I so much admire, who is also the love of my life.”2

The story of Carl and Ann’s love is the one I want to leave you with. Go and listen to this old Radiolab podcast episode. It’s all interesting, but the really, really good bit starts at 15:19. Go listen to it, do it right now if you can. Chances are it will stay with you always.