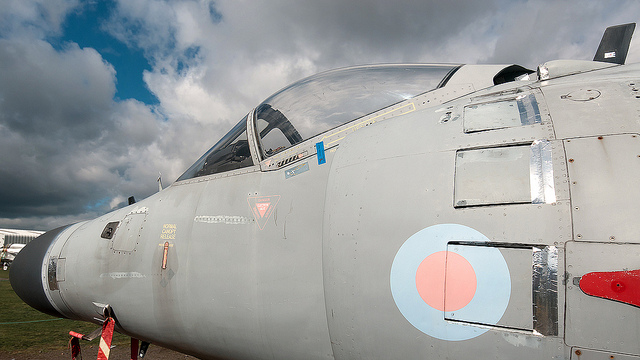 Everyone knows that duct tape is pretty incredible stuff. It started out as strips of cotton or linen that were sown into shoes for reinforcement, or  used for wrapping steel cables in the beginning of the 20th century. Eventually it evolved into the silvery plastic waterproof adhesive stuff we know today. The American TV show Mythbusters has shown you can use duct tape to construct a sail boat, build a working cannon, survive on a tropical island, build a two-person canoe, a hammock, and even a bridge.

They also used it to repair a plane. However, even if Mythbusters are able to pull something off, it doesn’t mean that you could give a roll of duct tape to anybody and have them replicate the results. And the idea of getting onto a plane that may have been patched up with tape isn’t very encouraging, either.

Passenger aircraft fly at altitudes of roughly 10 kilometres or so, and at speeds of hundred km/h. They undergo temperature extremes to get up there, and usually cruise at temperatures way below freezing. Duct tape couldn’t withstand those kinds of forces.

Still, planes are indeed routinely repaired with the help of tape. And it even looks like duct tape!

However, if you look outside the plane window and see patches of tape on the wing, you can rest assured this is actually ‘speed tape’ – a speciality heavy-duty material used in aviation for temporary patching up of non-critical components of the airplane. These can be small punctures, scratches, or even just plastic panels that are not latching properly.

Speed tape is like a thick aluminium foil with insanely strong adhesive on it, capable of withstanding fire, water, solvents, high speed and temperature changes. It also reflects heat and UV light – all of these things would rip or eat through regular duct tape if you stuck it onto an aircraft.

One thought on “Fixing planes with tape | Day 108”