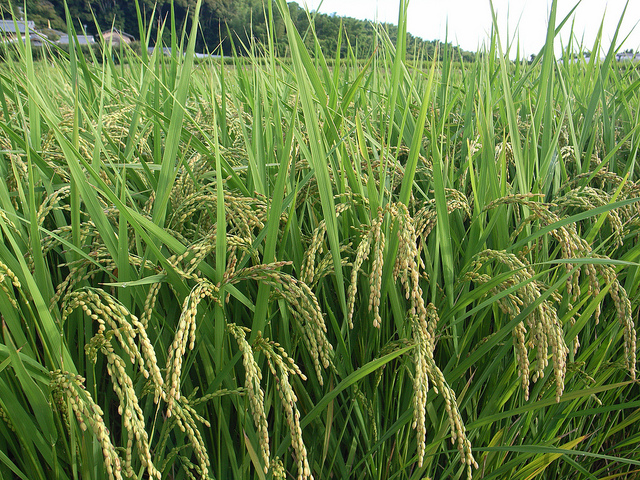 One of the arguments that is sometimes brought up in the climate change debate concerns the fact that CO2 actually serves as excellent plant food, because it is known to increase the biomass of nearly all plants. During their growth cycle, crops pull CO2 out of the air and convert it into sugars and other carbohydrates.

On a warmer planet with more CO2 in the atmosphere, we can expect an abundance of crops experiencing growth spurts like never before. Thus some might argue that at least this particular aspect of climate change is, well, a good thing.

As usual, things are not that simple. Just this year a major meta-analysis of over 7500 observations of 130 different plants and crops was published in the journal eLIFE, and it provides evidence that when plants are exposed to elevated levels of CO2, they do indeed grow faster, but their chemical composition changes as well.

Even though mankind’s ultimate source of carbs is atmospheric CO2, in order to achieve healthy nutrition, we also require a range of micronutrients. In an atmosphere saturated with CO2, plants ramp up their sugar production, but begin lacking certain minerals, such as zinc and iron. The protein to carb ratio shifts as well – in favour of the carbs. The result is a more abundant, but less healthy, and less nutritionally valuable harvest.

Such fundamental changes to the chemical make-up of crops can lead to a phenomenon known as ‘hidden hunger’ – when a person consumes enough calories, but does not have access to all the necessary minerals. It’s a type of malnutrition lurking in many developing countries even today – and in a warming world this situation might worsen.

Having bigger, sweeter corn cobs and higher yields of rice might sound nice in the short term – but ultimately climate change is not going to boost our agriculture in a useful way. Instead, it will make things worse in a sneaky manner.