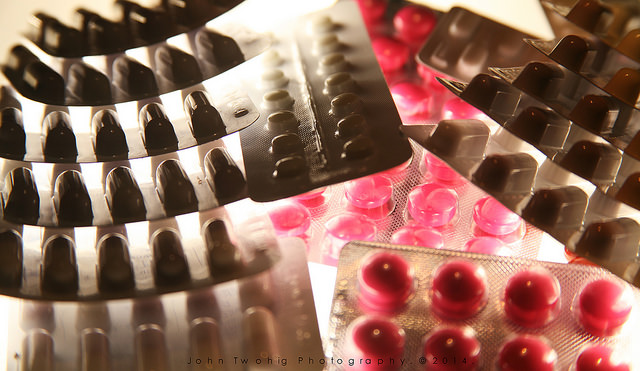 Amidst worries about drug over-prescription and the rise of antibiotic-resistant bacteria, it is worth considering our relationship with medications. Some people prefer to avoid taking tablets as much as possible, and will happily put up with a mild headache instead of turning to an over-the-counter (OTC) painkiller. Others pop pills habitually.

I must admit I’m in the latter category. For various reasons since my teenage years I have developed several types of chronic headaches, and while I was reluctant to take regular painkillers at first, thinking that they are “only for when you are really sick,” somewhere along the way I became a person who never travels away from home without a basic complement of OTC drugs.1

Even so, I don’t enjoy taking tablets, and I try to use them mindfully. For example, I always take the least amount of drugs possible, rather than maxing out the dose. Painkillers like ibuprofen may be harmless in the long term, but take a lot on an empty stomach in a short period of time, and your stomach lining will suffer.

In a Western country OTC medications are so easy to obtain that we stop perceiving them as drugs, as something that is not really a normal part of life for most individuals. Thankfully, it’s different with prescription stuff, such as antibiotics. Once you get a slip of paper that gives you access to the special stuff at the pharmacy, taking medication becomes a ritual, and inevitably you become more mindful about it, too.

Just like medication, drinking alcohol is often ritualistic as well. We engage in social drinking or special-occasion drinking, or ‘pop open a cold beer’ after a long day at work.2 The two rituals appear to be at odds with each other – both involve ingesting foreign substances meant to effect a change on the body, but usually with different purposes.

Should you be avoiding alcohol when taking meds? For the most part, common sense alone seems to be yelling ‘absolutely’, however the rules are not clear-cut on the matter. For example, there is widespread belief that antibiotics mixed with booze spell serious trouble, but this turns out to be more of a myth with historical origins than based in scientific fact. According to a column on The Conversation, back in the 50s penicillin was used for treating sexually transmitted infections, and doctors didn’t want patients to get drunk and engage in risky hanky-panky before the infection clears up.

However, this shouldn’t meant that boozing it up is a great idea if you have an ailment that needs healing. Even though the kinds of painkillers I use are safe to combine with a drink or two, I would have no interest in compounding my headache. There are also plenty of drugs, particularly the ones that can make you drowsy, that will react negatively with alcohol. Some of those are also antibiotics.

While it’s nice to know that a glass of wine on top of your penicillin won’t kill you, it’s more important to read the instruction leaflet. And avoid medication unless you absolutely need it.