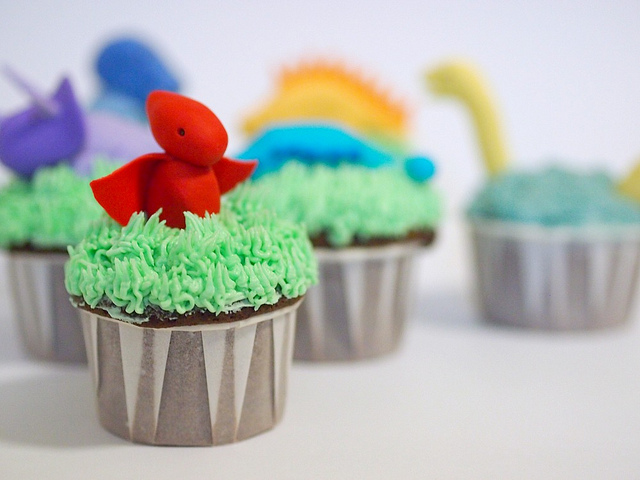 This is the dinosaur cupcake I would want for my birthday. | By abakedcreation - CC BY-NC-ND 2.0

Do I get a break from writing on my birthday?

Can I make it short and sweet before going out for an all-you-can eat sushi dinner?

Every single person in the world shares their birthday with other people, and of those people for every day of the year there are many celebrities, too. For example, I share my birthday with Elvis Presley, David Bowie, and Stephen Hawking. Also, Kim Jong-un. And the actress who played Tara in Buffy the Vampire Slayer.

It’s no big deal, really. With 366 birthdays to choose from, at least some exciting people are bound to crop up. In fact, if you simply gather 367 people in a room, the mathematical probability that two of them will share a birthday is, obviously, 100%.

But what is the minimum amount of people I would have to invite to my birthday party in order to have a better than 50% chance that there will be one more person who shares the same date of birth? Would it be 183?

Turns out all you need are 23 people.

This is because in such a group you will get a total of 253 date comparisons between every one person and the 22 others. The probability of all those multiplied together yields a little over 50% chance of a coinciding birthday. This is known as the birthday problem in mathematics.

If you don’t believe me, here are Science Buddies doing a good job explaining this on Scientific American:

You know what’s funny? I recently invited a bunch of people to birthday drinks via Facebook; the total of these acquaintances and friends yielded 23. This was not a mathematics experiment, I swear.

Yes. One of them – a person I had only met recently – turned out to have the same birthday as me… and there is nothing surprising about that.