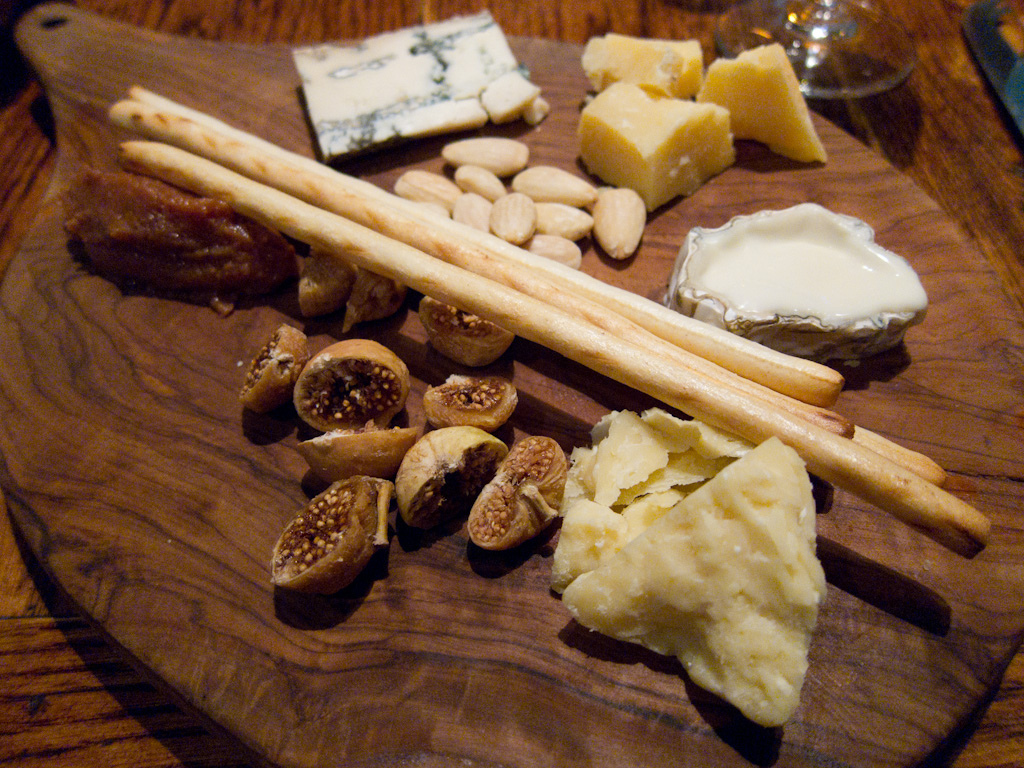 There are things on this platter you can't see... but you will eat them. | By Charles Haynes

I still remember the first time I ate a dried fig. I was way into my teenage years when someone offered me one; I bit into the shrivelled, unfamiliar thing and was surprised by a sweet flavour, enhanced by the mouth-filling crunch of the seeds. That crunch was so surprising I never forgot the experience, and to me it is the most pleasant aspect of eating a fig.

In retrospect, I probably ate two things for the first time that day, the other one being a dead fig wasp.

Fig trees, including ones whose fruit we eat, rely on fig wasps for pollination; this happens because fig flowers are completely encased inside the fig, save for a little opening through which the little bug can squeeze through, where it often becomes trapped forever, having broken off its wings and antennae in the squeezing process.

That bug – a female wasp – has been born from an egg in another fig, from which it emerged tiny and covered in pollen, through a hole which its male brethren chewed in the fig wall right before mating with their sisters. The female, carrying pollen and fertilised eggs, goes off to find a flower in which to produce offspring of its own. As it lays the eggs, the pollen gets deposited too, and hence those flowers develop into crunchy, crunchy seeds. Along with the wasp babies, of course. And on the cycle goes.

Because fig wasps can only reproduce within figs, this is a classic example of mutualism in nature, where a bug and a plant simply cannot exist without each other, because they have evolved highly specialised features over millions of years, and rely on each other for reproduction.

So why do you never find dead bugs inside a fresh fig that you cut open? It’s because as the fruit ripens, the remains of whatever bug got stuck behind are broken down into protein thanks to an enzyme in the fig called ficin. Yes, this means the dead bugs get ‘digested’ by the fruit, more or less. All better, isn’t it.

But then again, it’s not like humans don’t eat bugs all the time. There are microscopic mites in cheese, Brussels sprouts are laced with aphids, ground up fruit flies end up in commercially produced juice, caterpillar larvae fragments are all over spinach, and so on. The remains of a fig wasp are hardly worth a second thought, so crunch away.