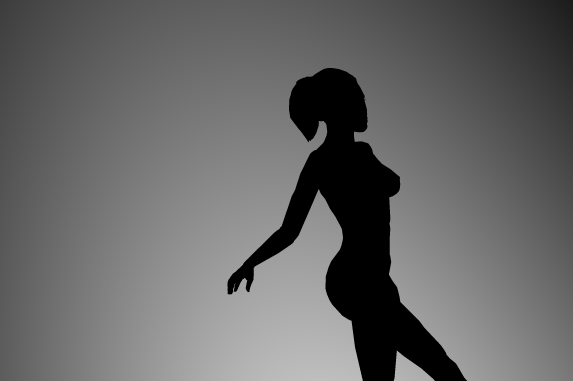 The Silhouette Illusion, by Nobuyuki Kayahara (2003)

Ripples from the great #TheDress event are still echoing through the world. I’ve noticed some people, often ones with a somewhat philosophy-related background, expressing deep frustration at others’ inability to accept that the way things look and the way things are is not the same thing. I hear ya’. Jeez.

Meanwhile visual illusions as a genre of online media entertainment are experiencing a sort of renaissance. More than just quirks or curiosities, illusions are a valuable tool in human visual perception research, because they can provide us with information about how we see the world.

Because the dress changed its colour on me, I was reminded of another illusion which is a great demonstration of multistable phenomena – things that unpredictably switch between different perspectives as you are experiencing them. In visual perception this usually happens when a pattern or object is simply too ambiguous for the visual system to come up with only one interpretation. In 1832 Swiss crystallographer1 Louis Albert Necker published perhaps the most widely known of these illusions, the Necker cube. 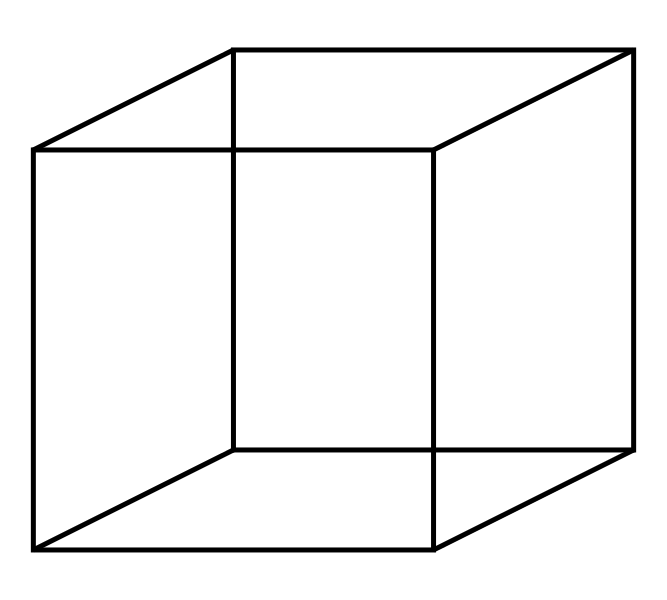 Because there are no depth cues in the image, the direction of the cube switches unexpectedly. It’s easiest to perceive if you cross your eyes a little. The cube having two distinct appearances makes it a bistable visual phenomenon.

In 2003, Japanese digital artist Nobuyuki Kayahara created a much more striking example of a bistable phenomenon, a spinning silhouette of a female figurine that has since become known as the Spinning Dancer Illusion.

Which way is she spinning? What if you look at her from the corner of your eye, or concentrate on her toes? Did she flip?

The explanation is the same – lack of depth cues in the image makes it impossible for the brain to determine whether there is a particular direction of spinning for this dancer. However, it is interesting that most people initially perceive the direction to be clockwise. Similarly to the Necker cube, there is a viewpoint bias – turns out that we tend to choose a viewpoint that looks at an object from above rather than from below.

To see an interactive version of the spinning dancer and get tips on how to get her to change direction if you’re having trouble, head to Michael Bach’s website.

Oh, and if you’ve ever seen this illusion used as some test on left-brain and right-brain distinction, that’s complete and utter nonsense.

It’s a visual perception quirk, and has absolutely nothing to do with how you perform any other cognitive process. You’re welcome.