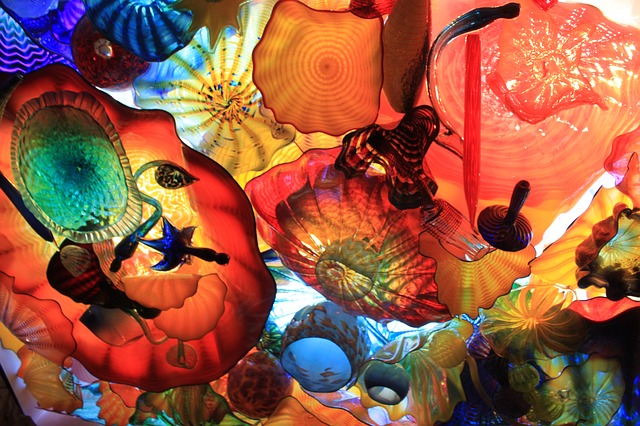 Visual perception, colour perception, contrasting perspectives on the natural world – all of these are themes I seem to return to time and time again.

Us humans, we see the world in a certain way, with eyes that are built to perceive three independent channels of colour information. This makes us trichromats – animals that have three different types of colour-detecting cells in our eyes. These cells are called cones, and we have up to six million of these in each eye. Cones can detect red, green, and blue colour – mix these up in various combinations and you get several millions of colours, hues, tints, shades, tinges. There are minor differences in the way we perceive them, for example, men seem to struggle a bit more with the spectrum where green becomes blue, but overall that’s what we all have, bar genetic anomalies or other vision problems.1

Three types of cones are not all there is, though. A goldfish, for example, sees the world rather differently and more vividly thanks to having an extra cone in its eyes, for detecting ultraviolet light. But birds have lucked out even more – a lot of avian species have colour vision that is far superior to ours. Not only do they have a larger number of cones in their eyes, but also more types of them, able to detect four or even five colour wavelengths. This makes them tetrachromats. The ability is striking, for example, in some species a male and female might appear to have identical plumage to us, but to their own kind there is a world of difference, discernible only if you have ultraviolet-sensing cones.

But it turns out that we can envy not only birds for their marvellous tetrachromatic vision. Some humans possess it, too. More precisely, some women do, due to a genetic anomaly that allows for one extra type of cone cell in their eyes. These extra cones are typically sensitive to yellow-green. What difference does that make to their colour perception? Millions and millions of more shades, indiscernible to a regular person.

There’s a lovely Radiolab story about this, have a listen. They met a real tetrachromat and found out what it is like.